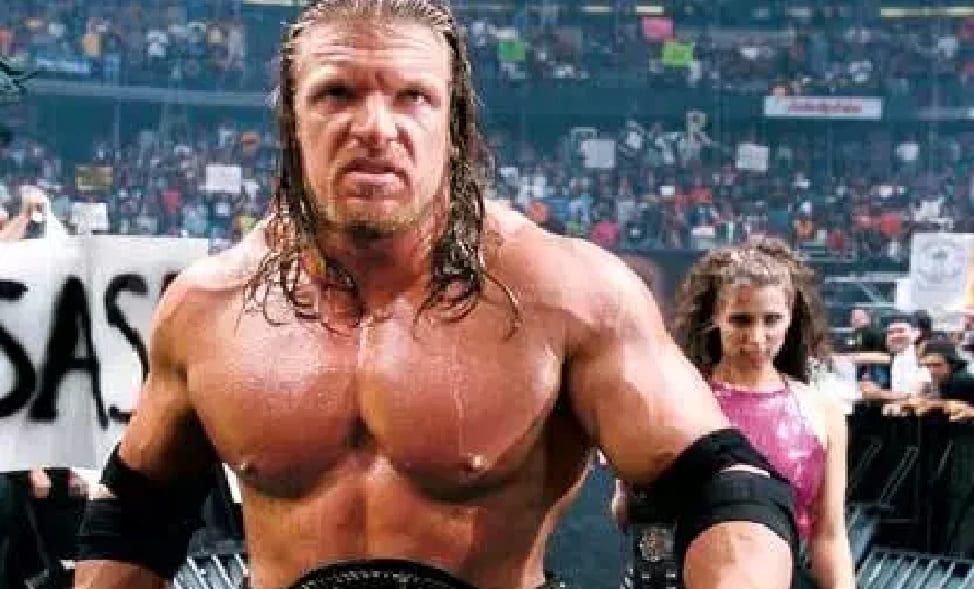 Triple H is now the WWE COO, but there was a time when he played a blueblood character who couldn’t last 3 minutes with the Ultimate Warrior in the ring. But the days of jobbing for Hunter Hearst Helmsley didn’t last long because he eventually got into the boss’ ear — which Bruce Prichard says was by invitation.

On a recent episode of Something To Wrestle With, Prichard opened up about the backstage resentment Triple H faced when he initially received his first big push with WWE. As things went on, they only seemed to amplify as talent noticed McMahon taking HHH’s advice which eventually led to a storyline marriage with Stephanie McMahon.

“That was Vince, that’s the way Vince wanted it at that time. You come to me with your ideas and let’s do it — that was an invitation from Vince McMahon. So that’s how that happened. However the Triple H stuff, there was still an effect on the talent. There was still a hangover from those who had lived it with Shawn [Michaels].”

“There was the rumblings of, ‘Oh boy this is going to be Shawn Part 2. And Triple H of course learned from Shawn and he’s going to get in Vince’s ear and he’s going to run everything. So there were definitely those kinds of rumblings there at that time because never in a million years going back to the first time that Hunter won the championship that people were like: ‘What the f*ck?!'”

“If you were to ask all the agents and everything at time if Triple H is the guy to go with and put the title on right now they would have said no. And to the math I think everybody said no they shouldn’t do that with Hunter. But we did and it worked. So Hunter by invitation of Vince, he was like: ‘What do you got? Give it to me.” And [Triple H] did.”

Of course, Triple H would eventually make his marriage with Stephanie McMahon legal and more than just an angle on television. But regardless of whether you believe that Triple H worked himself into a shoot or not — things certainly seemed to work out well for him in WWE as Vince McMahon continued to take his advice as they made great strides together that continues to this day.