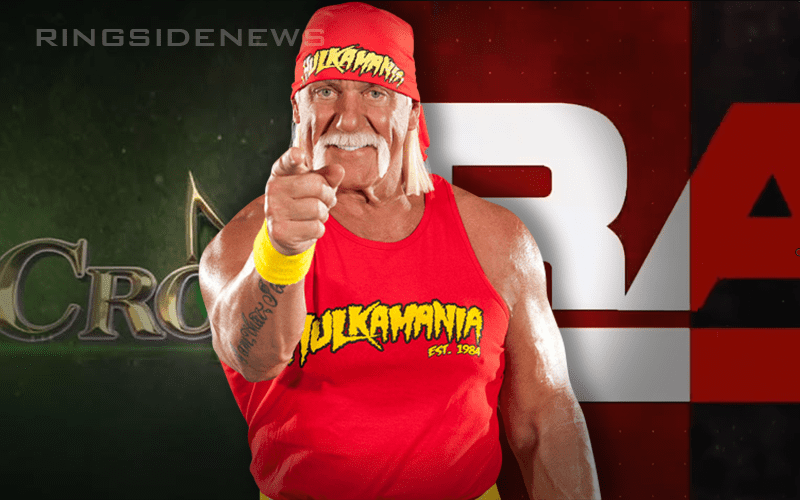 WWE took Hulk Hogan’s picture off of the WWE Crown Jewel page, but we already saw it and you can check that out here. But don’t go and try to check for yourself because WWE already took it down.

Bryan Alvarez explored this topic on Wrestling Observer Live where he explained that he was told Hulk Hogan could be announced during Raw — but of course, that didn’t happen either.

“All I can tell you is a couple of days ago — it was actually Monday. Monday during the 1st segment of Raw I was told that there is a very good chance that Hulk Hogan is going to be added to Crown Jewel and today he appeared on the page but now he’s not on this page.”

We have been hearing rumors of Hulk Hogan’s WWE Crown Jewel participation but were waiting patiently for something to be confirmed before we said it for certain. In fact, we first reported the rumors on September 19th.

With Hogan popping up on the list of Crown Jewel Superstars, it certainly looked promising and then they took him off which was smart — but the red and yellow cat was already out of the bag.

It looks like we’ll just have to wait and see what goes down at WWE Crown Jewel. But don’t be too surprised to hear a real American theme song blaring during the big Saudi Arabian event on Friday.