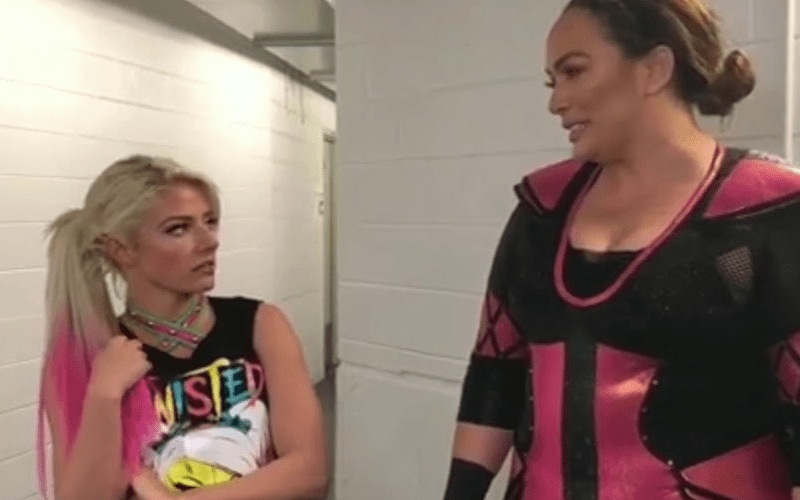 Halloween only comes once a year and if you have a dog like Nia Jax, you’ve got to dress them up. Jax’s dog Benji has been featured on Total Divas and apparently, he wants to be a women’s wrestler just like his mother. Only she doesn’t want to be exactly like Nia Jax — he wants to be Alexa Bliss.

Jax posted a little video of Benji dressed up like Alexa Bliss compete with an official t-shirt and blonde wig. Benji doesn’t look miserable — he’s playing the part of a heel dog.

This was a pretty cool little video and the entrance music make sit seem like Benji is walking out on Raw. Jax said that her pooch picked out the costume too which is also an impressive thing for a dog to do.

As fans of pro wrestling, it’s always cool to see what our favorite WWE Superstars dress up as for Halloween, but when you see what they dress their pets up as, it just makes it so much better for some reason.