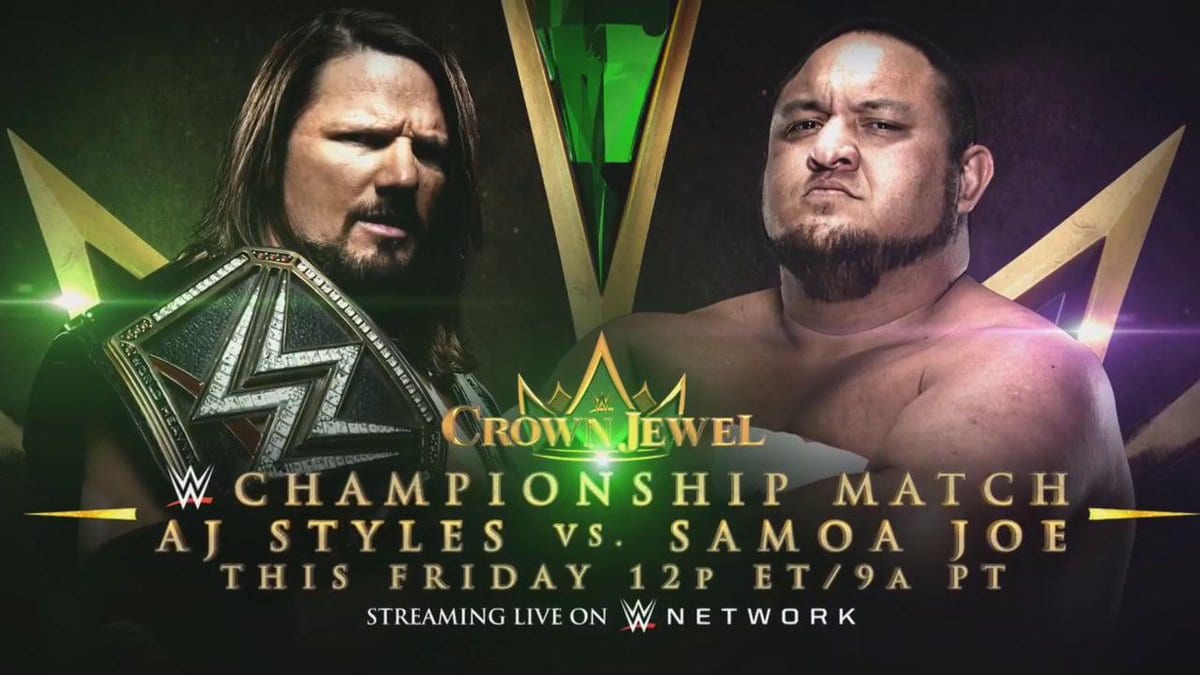 As seen on Sky Bet, the official betting odds for the WWE Championship match between AJ Styles and Samoa Joe at WWE Crown Jewel have been released.

Last night’s episode of SmackDown Live certainly shook things up, with Daniel Bryan being officially written out of WWE Crown Jewel with reports suggesting that he doesn’t want to compete at the event in Saudi Arabia.

In terms of the betting odds for the continuation of the Styles/Joe feud, though, The Phenomenal One is the overwhelming 1/8 favourite with The Samoan Submission Machine being a 9/2 underdog.

While it would seem as if Styles is destined to retain the strap and continue to carry it forward until he breaks CM Punk’s record, you just never know what WWE are going to do. There’s no guarantee that we’ll crown a new Universal Champion given the possibility of a draw, so perhaps they’ll pull a fast one on us here.

These two TNA originals have had many battles over the course of the last few months, with AJ getting the better of Joe to the surprise of many in the WWE Universe. Still, the quality of their matches would indicate that we’re in for another barnstormer of a showdown on Friday night.

It’s not yet known whether or not Bryan will immediately return to WWE television next week on SmackDown Live, or whether they’ll keep him on the sidelines until the whole drama surrounding the big event blows over. Whatever the case may be, it should be fascinating to see it all unfold.