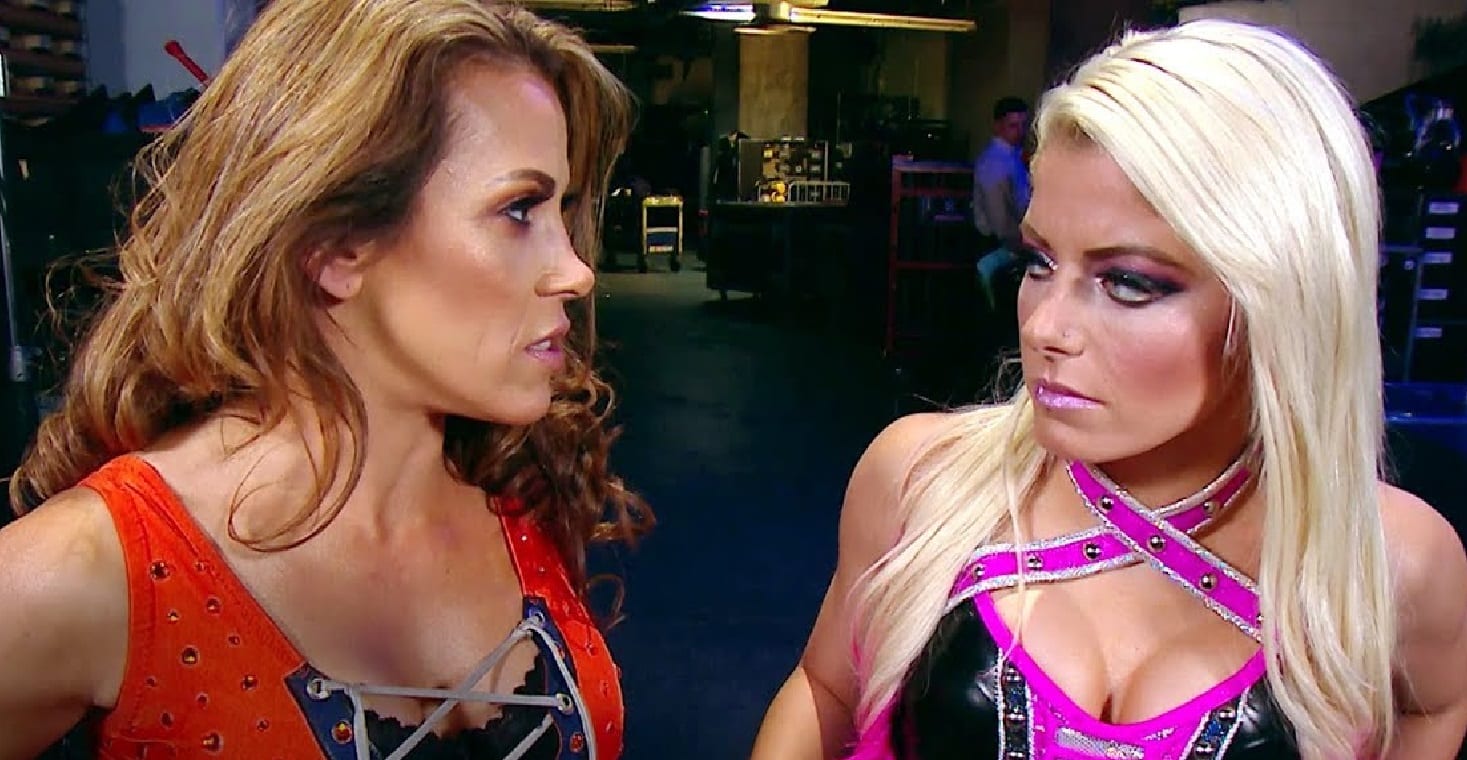 WWE Evolution is set to be a historic event no matter how many members of the roster are upset at WWE for mistreating the promotion of the event. But what WWE pay-per-view would be complete at this point without WWE needing to switch things around before the show? After all, unfortunately, that has been the recent trend for one reason or another.

Alexa Bliss might have to miss her big tag match with Mickie James against Trish Stratus and Lita. That news is really awful, especially considering the fact that there were initially supposed to be 2 singles matches with Bliss vs Trish and Mickie vs Lita and WWE is rumored to have combined the two ideas into a tag team match because Bliss was working with a bit of an injury. But now it looks like she might not be able to work the match at all thanks to a concussion.

Mickie James appeared on Busted Open Radio where she expanded on what to expect on the show as she briefly addressed the rumor of Bliss’ injury.

“She’ll definitely be there on Sunday. I know she’s getting better. I try and talk to her every day and she’s getting better. Obviously, we know this isn’t ballet and it comes with the territory so you know as long as it’s what’s best for business and her long-term health and everything else like that. So I have no doubts that regardless we’ll all be out there and it will be amazing.”

Only time will tell if Alexa Bliss will be able to get better and cleared for Evolution, but we’ll certainly be waiting to see if she will be able to work the upcoming pay-per-view. Mickie didn’t say that she knows Bliss will be wrestling which is a bit concerning. But at least WWE has a replacement lined up in case she can’t work the show.

For what it’s worth though, Sasha Banks seems more than willing to work with Mickie James in case WWE decides that they want to totally flip the script at WWE Evolution.

I want to work with @MickieJames so bad too 😩