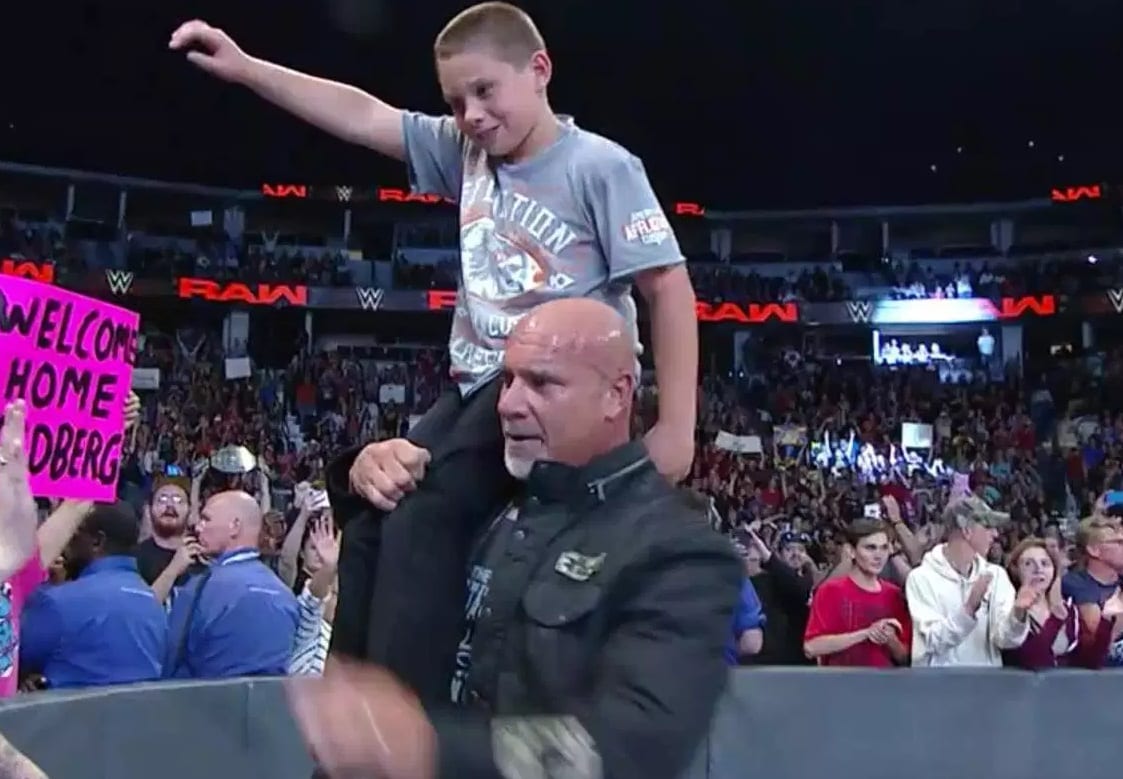 Goldberg captured the interest of the entire pro wrestling world for a very long and it turned into something very special for a lot of fans. This is why his last run with WWE was so financially successful and resulted in even more matches past his initial expected Survivor Series battle against Brock Lesnar.

Goldberg recently sat down with TV Insider where he discussed a few subjects including who should have been able to topple his legendary undefeated streak if it wasn’t going to be Kevin Nash.

“King Kong. Godzilla. I really don’t know. I was very, very lucky to be in that position. I was a professional football player. I was new in the wrestling business. I was doing what everyone told me to do, asked me to do. I was lucky to be in that spot. I wasn’t a creative guy. I’m an athlete. You lead up and have this streak. Then it’s okay, who is the guy who is going to be you? I think at the time it was the right guy. I’ll be asked that question until the day I die. I’m just lucky to have a streak.”

Goldberg’s last run in WWE which ended with a Universal Title reign through WrestleMania 33, was started by Goldberg’s longing for his son to see him wrestle. When asked if his son had seen enough of his father in the pro wrestling ring, former World Champion had to admit that his son could stand to see his dear old dad lace up his boots once again.

“Has the itch been scratched for my son? As he is sitting next to me, and I’m taking him to school, I can tell you probably he would love for me to do it again. There is a lot of people he needs to say hello to that he got to be good friends with. I’m sure he misses them. But did that fill the void? I think it did.”

“A lot of things go into it. A lot of things are molding my answer. All things considered for the storyline and the timing, I think it went the right way to do it. I think he is satiated as I’m helping coach his football team this afternoon.”

“There are other things going on in a 12-year-old’s life. Right now, daddy is doing NCIS: Los Angeles, The Goldbergs, Knife or Death. There are so many other things.”

It’s only a matter of time before we really know what Goldberg’s intentions will be. But a guy like him could probably have any number of mini-runs left in him if the money is right. But in the meantime, it seems Goldberg is enjoying his status as a WWE Hall Of Famer, however, you can never say never in WWE.