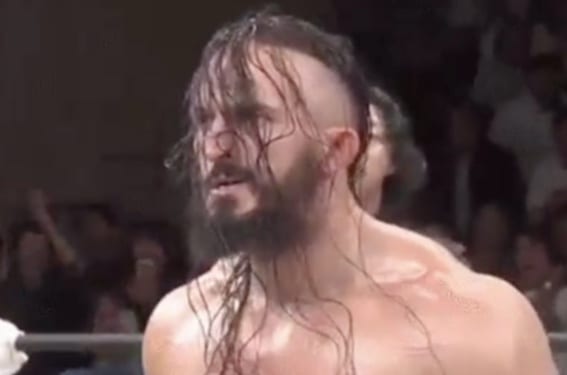 Former WWE superstar Neville has returned to professional wrestling after a year away, rejoining Dragon Gate under his old alias of PAC.

The former Cruiserweight Champion hasn’t been seen or heard of since he disappeared from WWE television back in 2017 but now, he’s back with a bang. We’ve heard rumblings about where he may pop up next, and while a lot of fans did predict that it’d be Japan, many expected it to be with NJPW.

Either way, this is bound to be a huge story in pro wrestling over the course of the next few weeks, with this serving as confirmation that he will no longer be with WWE moving forward.

PAC IS BACK WITH DRAGON GATE!

PAC seemed to be increasingly frustrated with his position in the company, with many feeling as if he should be thrust into the main event scene instead of being stuck on 205 Live.

It doesn’t matter all too much anymore, though, because the important thing is that he’s back doing what he loves – and we, the fans, are able to witness it first hand. PAC has aligned with the R.E.D faction, meaning that he will be remaining as a heel for the time being.

As we look ahead to the future, it’ll be interesting to speculate as to whether or not PAC will also branch out into other promotions as he begins the next chapter of his career. Either way, all we can say is that it’s great to see him back inside of the squared circle after all this time.