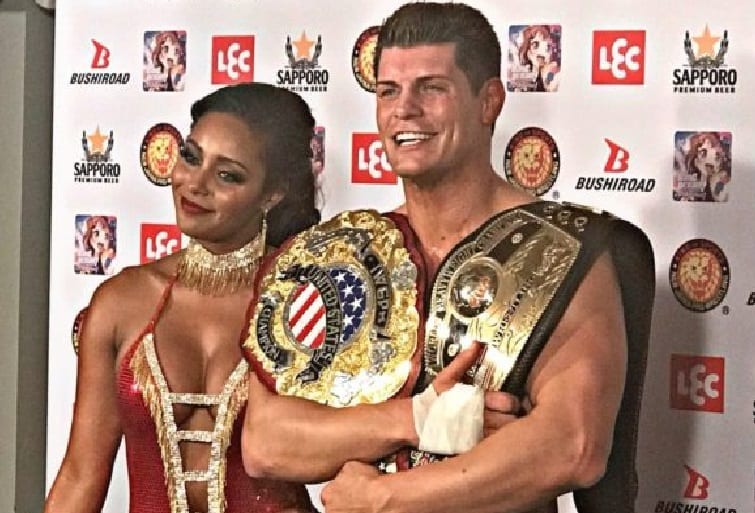 Cody Rhodes walked out of NJPW’s Fighting Spirit Unleashed with a new title in the IWGP US Title. It’s a good fit for him and Juice Robinson gave it his all but still came up short.

But some fans are wondering how long Rhodes will be able to hold onto his title at this point seeing how he has a pretty big career decision coming up. Actually, the entire Being The Elite gang has a big decision to collectively make because they’ve already said that where ever they go they must be a unit. Therefore if WWE is their destination then they’ll have to come in as a package deal.

After the Fighting Spirit Unleashed event, Cody Rhodes answered some questions about his intentions and he seemed to hint strongly at both possibilities of staying on the indies and rejoining WWE.

“It’s kind of a tricky subject because I had a great time in WWE. There were highs and lows but I cut my teeth there. I met my wife there.”

“Everyone has different opinions and it’s hard to get the opinion of someone when it’s, ‘Hey what do you wanna do? What is the next thing you wanna do?’ There’s five of us that’s a core unit that plan to stick together and hopefully we can really do that. I don’t want to make any judgments as I’ve had a great time with these guys. I’d like The Elite to continue and I’d like to bring you guys something like an ALL IN sequel.”

“Well, my own promotion is still ROH. I know the bg what-to-do is, oh January 1st we are going to show up on WWE… pretty possible […] But my own promotion is still ROH and I love ROH. The ROH World Champion, Jay Lethal, if you recall my very first match [was against] Jay Lethal, Hammerstein Ballroom. Just beat the hell out of him. Just embarrassed him. The whole franchise act — whack, whack, whack Cross Roads 1-2-3… wouldn’t that be something?”

So as Cody Rhodes continues on toward 2019 when he’ll apparently be making some kind of decision regarding where he’ll be heading soon enough, it appears that if Rhodes does know then he’s not telling us because he certainly seems to be teasing both sides of the possibilities at this point.

Thanks to Wreslting Inc for the quotes