Charlotte points out that she’s had struggles over the years, even though her struggles weren’t as obvious as Lynch’s. She admits that it has been a struggle for her to live up to her father’s name and to continue his legacy, all while trying to grow on her own and get better as a performer. She points out that fans “Woooo” every time she walks through the curtain, and that’s a lot to live up to. 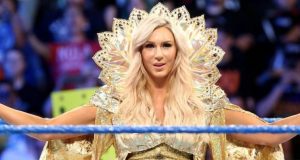 Charlotte informs that last year she actually wrote out her goals and she thought that really helped her. She has so many goals right now and she’s entirely focused on growing herself. She’s not settling for things, and that’s a big part of why she’s still single. If a man comes into her life that’s fine, but if not she’s okay with that too because she wants to take her career as far as she possibly can.

She laughs while admitting that one of her goals is to have a flavour named after her at Ben & Jerry’s. She suggests “Wooolicious” or “Flairlicious” as possible titles.