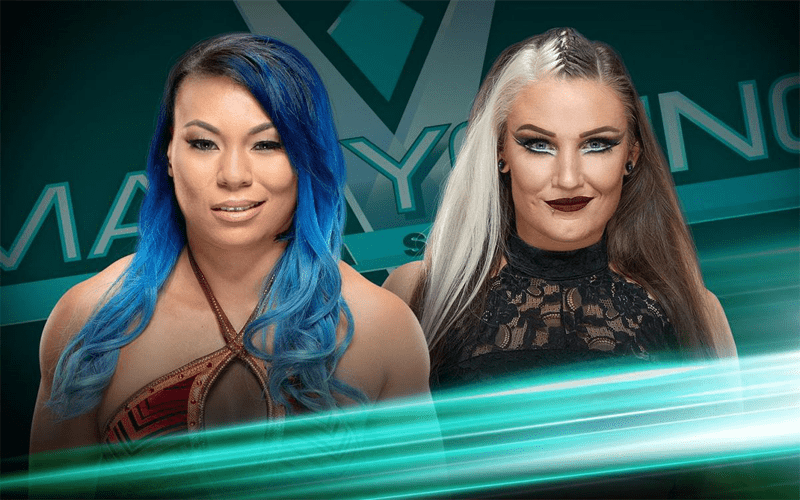 Allysin Kay has been wrestling for years, but when WWE offered her a spot in the Mae Young Classic, she almost didn’t have the opportunity to make it as she was on blood thinners from an issue she had suffered early in the year back during her time with Impact Wrestling.

In a recent podcast with Women’s Wrestling Weekly, Kay, who also works under the name ‘Sienna’ gave an insight into how she was contacted for the Mae Young Classic. She also revealed if she enjoyed her time there and explains how she thought the match against Mia Yim in the tournament was a joke.

In reference to initially being invited to the Mae Young Classic, Kay explains the process she had to go through. Given her condition at the start of the year, it was a back and forth on whether she’d be off blood thinners to make it into the tournament. In fact, Kay reveals that her first match back since injury was for the Mae Young Classic- proving just how close the former Impact Knockouts Champion came to completely missing the tournament.

“Once I got the email asking me if I were interested in being in the Mae Young Classic. I want to say that was probably June. So, in my mind, I’m thinking I’m cleared in July, so that gives me one month to go hard. Granted, I had been back to working out and doing physical activity and dieting and things like that for months prior. It was probably about 1 or 2 months after I was diagnosed that I wasn’t able to do anything. But, after that, I was back to doing something… I just couldn’t do my normal MMA workouts. I could not spare with anyone or roll in jiu-jitsu, I couldn’t wrestle, I couldn’t get in the ring and roll around and jump because when you are on blood thinners….. It wasn’t that I was physically unable to get in the ring and work out or anything like that…It’s just when you are blood thinners, you are at a very high risk of internal bleeding. So, if I were to get hit in the head and had a hemorrhage; I’d be done. So, I would lift, nothing too crazy, I couldn’t power lift right away or anything too heavy and once I was cleared, then I went balls to the wall. I was doing every workout I could. I had that feeling like, I only have a month to go hard because even though I knew I was in. I still physically couldn’t go as hard as I could until I was actually off the blood thinners. So, yes and no.

“I had not wrestled in 7 months. The Mae Young Classic was my first match back since my injury. If I could have done something differently, I would have gotten in the ring before that.”

Kay would then reveal that she thought the idea to face Yim in a match during the tournament was a joke-a rib played by WWE. However, Kay quickly found out that they weren’t joking, and actually booked the match.

“To be honest, I thought it was a joke. I thought the agent who was telling me the match, was joking. I thought she was ribbing me or something. Then I realized she wasn’t I was shocked. I was surprised. I did not think that they would book that match.”

Finally, Kay explained what her overall thoughts are having worked with WWE for the tournament.

“I really enjoyed my time there and I say that totally honestly. In a way… it wasn’t what I was expecting and I guess because you hear a lot of horror stories …I went there and I realized I know almost everyone there. And the majority of the people I was dealing with I had met on or during my try out or I had wrestled with them on the indies; even down to the coaches.”

At this time, there is still no clarification on if WWE has decided to sign Kay to a contract. She is currently wrestling on the independent circuit. As she did lose to Yim in the first round, there is a chance she may return for the third series of the Mae Young Classic next year and potentially get signed there.

Did you like the Kay vs. Yim bout? What first round match was your favorite? Let us know your thoughts, opinions, and reactions in those comments below.

With H/T to Women’s Wrestling Weekly for the transcriptions.