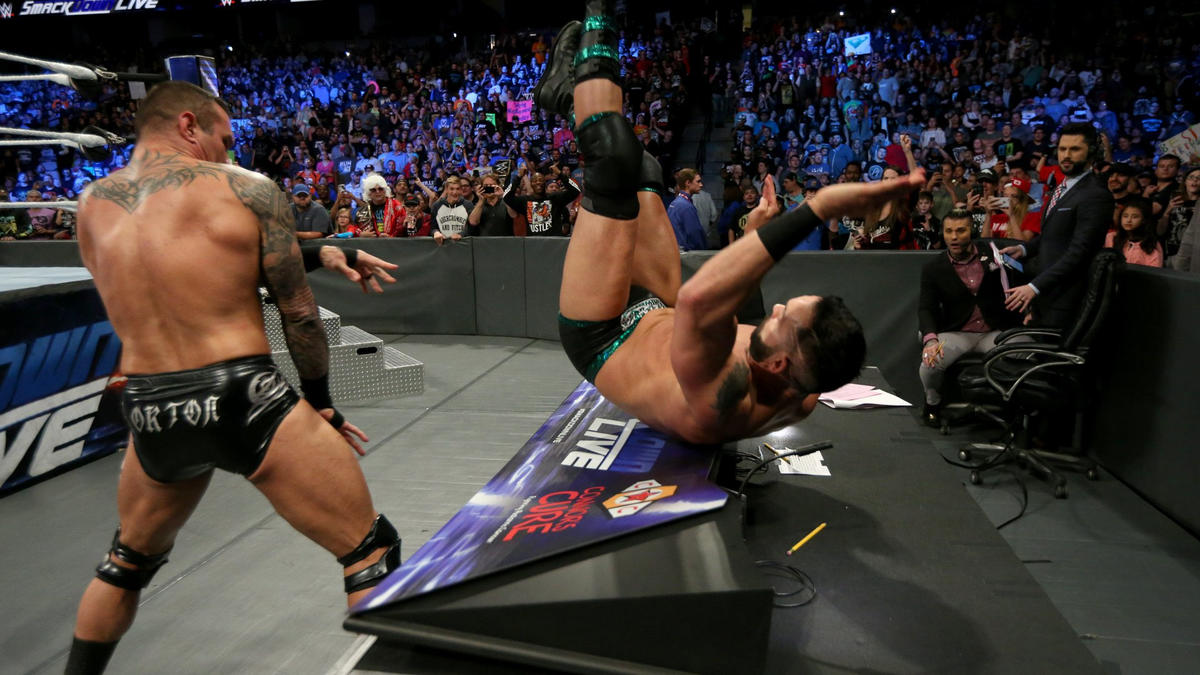 I mean, why not finish what he started, right? If you’re gonna eat Mexican food, don’t complain about the spice. Kick the hornet’s nest, get stung.

Tye Dillinger, despite being sort of a loser in kayfabe, at least always tries. If you piss him off, he will get you. That’s how he squeezed his way into a United States title match two years ago.

And it’s not like Orton is a super busy guy or anything. Aside from Tye, there aren’t a whole lot of options. If you only exclusively watch for Big Money Matches™, then you won’t be watching the Viper for a while. The only real people left for him, excluding Dillnger, are R-Truth and Sin Cara.  Of course, Shinsuke Nakamura is involved in this somehow, but that’s another topic for another time.

I think Orton would be willing to go out and beat up Tye Dillinger some more while waiting for a bigger fish to fry. Of course, Tye may be a bit tougher and more resilient than Orton realizes.