Animal points out that some guys have a hard time staying in their lanes in the wrestling business, even though there’s only a very small amount of performers who ever reach the top tier. The top tier features guys like The Rock, Hogan, Andre, then there’s guys like Triple H and Sting in the next tier. He says that for a period of time in WCW Sting seemed to think he was the Hogan of WCW. He notes that there’s an argument to be made that Triple H is in the top tier due to his great business mind, and everything he’s done for the business.

Animal talks about his famous shoulder pads. He calls them the worst and best thing at the same time. He notes that fans love them because he lets them put them on and take pictures, but it’s really the biggest rib on himself because he has to unscrew every spike and package it all up when he travels. He has to check a bag every time he travels, even if it’s just for one night, because fans love them. 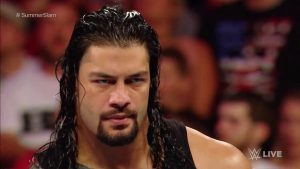 Animal points out that the last time he was on television was in 2012 for RAW 1000. He admits to wondering if he still had “it”, but he was blown away by the reaction he received at ALL IN when his music hit. He loved that show because “those guys did it right”. They combined the old era with the new, and that’s very important in the wrestling business.

He feels like the business is currently lacking improvisation and reacting in the moment. He notices that a lot with Roman Reigns. A lot of the stuff Reigns is scripted to say are things he’d never say in real life. Animal thinks fans are far more entertained when performers are reacting and cutting promos with dialogue that they’re comfortable with.