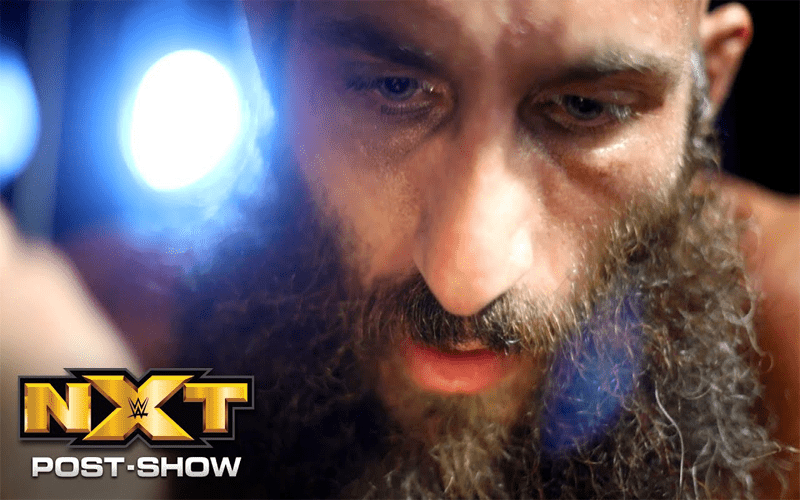 As the success for NXT continues to grow, WWE has decided to expand the show to include a post-show on YouTube. The first episode of this new post-show series just went up on YouTube, and it already looks promising.

The first episode of the post-show went up on YouTube at around midday. Hosted by NXT’s Sarah Schreiber, it appears the post-show will go into detail about what happened on the show itself, what is happening in the weeks to come and will feature appearances and promos for Superstars.

To give a rundown of the pilot episode, Tommaso Ciampa kicks it off as he walks backstage after the conclusion of his match against Otis Dozovic. Cameras still roll in the arena, showing Dozovic talking to his Heavy Machinery partner, Tucker Knight.

From there, Schreiber talks over some of the future matches for NXT- including the NXT Tag Team Championship and NXT North American Championship title defenses. This is shortly followed by an interview with NXT General Manager William Regal as Lars Sullivan makes his entrance in the background.

A recap of the Sullivan/EC3 exchange is shown, as EC3 walks backstage and cuts a promo exclusively for the NXT post-show. They confirm from here that EC3 and Sullivan will be facing off next week.

Shayna Baszler is up next as Schreiber reflects on the announcement by Kairi Sane that the two will meet at WWE Evolution in Uniondale, New York late next month for the NXT Women’s Championship. Baszler also teases bringing her camp- which would signal the on-screen debuts for Marina Shafir and Jessamyn Duke.

NXT pre-show panelist Pat McAfee has a segment on the show appropriately titled ‘The Pat McAfee Show’ where the panelist gives an insight into what he thinks of the episode. For this particular segment, the focus was on Dozovic after the bout he had with Ciampa in the main event of the episode.

Followed by this is an extremely interesting promo for the Forgotten Sons. This in and of itself is a can’t-miss moment of the show, which lasts roughly seven minutes in length. The reason for this promo is revealed to be because the group will be in action next week. This concludes the show.

It is unknown if this post-show will be weekly, or as needed. However, WWE appears to be testing out a variety of new concepts in the post-show, so if the audience enjoys the YouTube show, it will likely continue for the foreseeable future.

You can watch the entire post-show below:

Did you like the post-show? Would you watch future episodes? Let us know your thoughts, opinions, and reactions in the comments below.