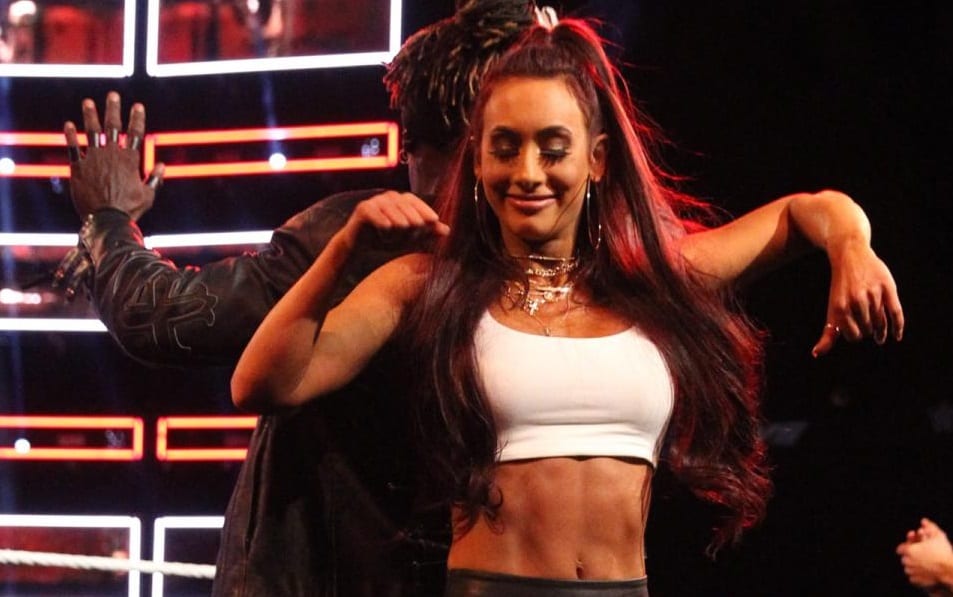 Carmella might have dyed her hair brunette which is her natural hair color, and she’s palling around on television with R-Truth working as a total babyface, but apparently, she hasn’t made the entire transition just yet.

It’s interesting how Carmella hasn’t worked a match on television since her babyface turn. This could be for any number of reasons, perhaps they don’t have anyone bad for Carmella to wrestle on television or maybe they’re waiting for something else. But apparently, Carmella is still working as a bad girl at house shows.

The Wrestling Observer Newsletter noted that while she is working in tag team matches at house shows, Carmella is indeed working as a heel in towns during the weekend while she’s supposed to be getting cheered on television.

Hopefully, WWE will be able to correct this issue soon but it is still somewhat of an interesting turn of events seeing how house show schedules are booked in advance to arrange travel but she has seemingly turned babyface out of nowhere on television.