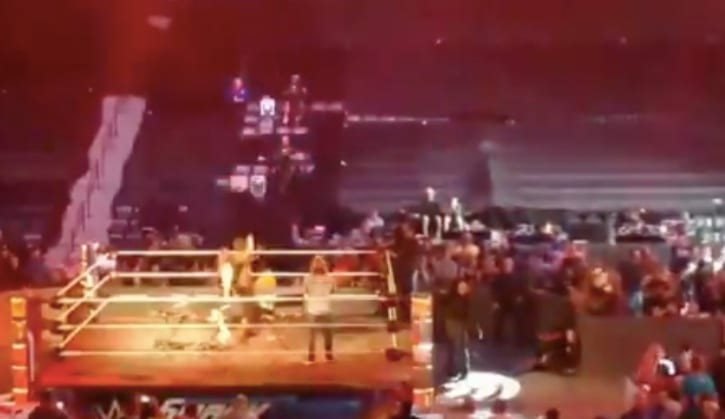 A fan video of Daniel Bryan dancing with R-Truth and Carmella has showcased another poor turn out for SmackDown Live.

The lighthearted clip proves just how much fun WWE superstars can have when they’re given a bit of freedom, which is what tends to happen on the blue brand most of the time. The Truth TV segment was pretty well received by the WWE Universe last night, with the dynamic between Truth and Carmella being pinpointed as a particular highlight.

Alas, with all positives in professional wrestling come some negatives, as evidenced in the clip which shows an awful lot of empty seats on the hard camera side of the arena.

The dwindling crowd numbers have led to many wondering whether or not WWE should consider moving to smaller venues, which would also likely improve the atmosphere.

Despite this, there doesn’t appear to be any kind of internal worry from the company about this, although it’s worth noting that the TV ratings have also been steadily dropping in the last few months. There are several reasons as to why this could be, but above all else, there seems to be some apathy from fans regarding the current state of the product.

That’s more so on Raw than SmackDown Live, but it seems to resonate throughout both shows when it comes to things like attendance figures. Hopefully, for the sake of everyone, we see a rise in the coming weeks and months so that more people can appreciate the art of Daniel Bryan dancing.