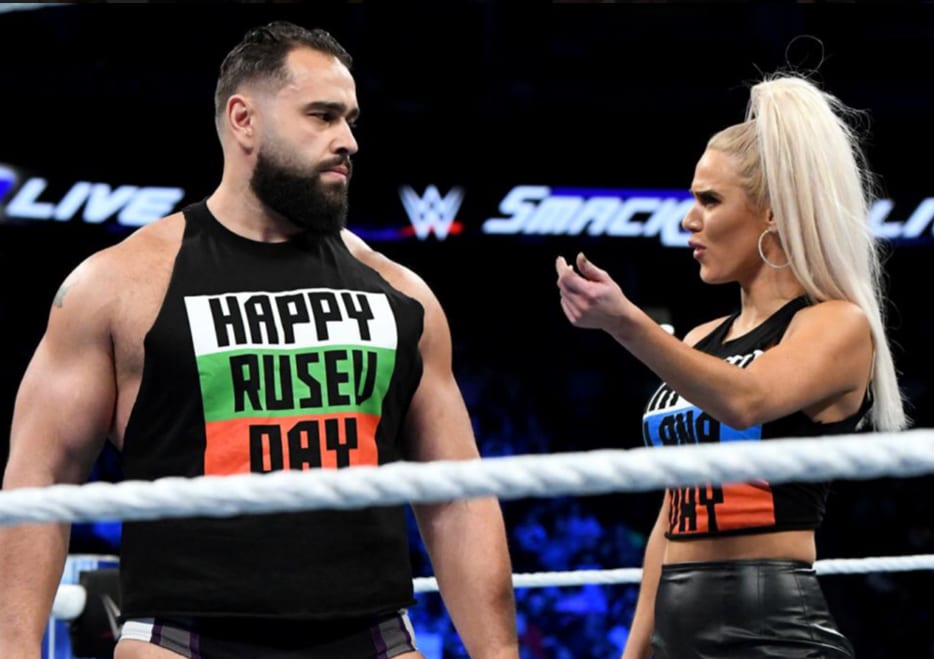 Aiden English recently turned his back on Rusev and this week on SmackDown Live, he had a chance to explain himself. After blaming the Rusev Day split on Lana, she proceeded to try and shovel some dirt on him before he dropped a bomb about something that Lana did in Milwaukee.

A lot of theories about what Lana could have done are floating around but one has some serious weight to it and it involved The Great One. After all, The Rock did appear on Raw in 2016 and cut a promo on Lana where he said that she taught him the “Wisconsin Wheelbarrow.” Obviously, Milwaukee is in Wisconsin.

Only time will tell what WWE ends up doing with their angle with Lana and English, but it is certainly getting interesting and this was indeed an unexpected mic drop moment from Aiden English.

Perhaps they’re building toward The Rock appearing at the 1000th episode of SmackDown Live on October 16th, but he’s also busy filming his Fast and the Furious spinoff right now so we’ll just have to wait and see.

What do you think Aiden English’s bombshell could be? There are a lot of theories about what it could be, after all, Lana spelled backward could be a clue that’s been in front of our eyes this entire time.