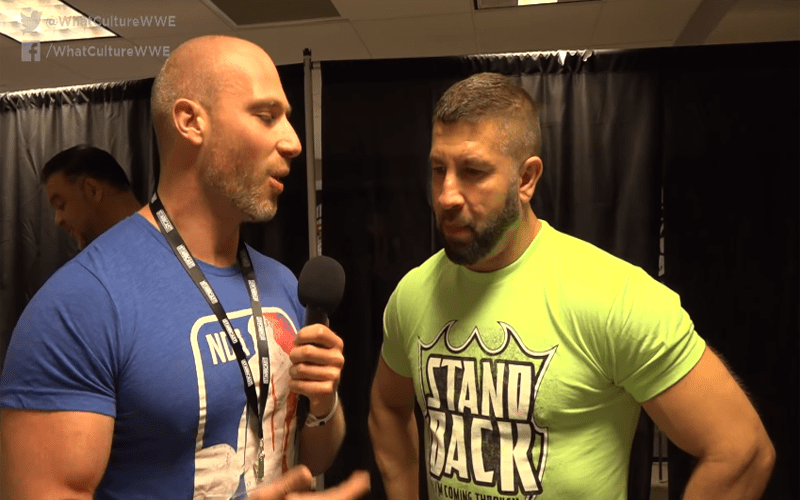 Hurricane Helms was recently interviewed by Simon of WhatCulture Wrestling, where the former WWE Superstar talked about a possible return to WWE in the future.

Helms is a veteran of the wrestling industry. He debuted way back in 1991 and has been a well-known competitor ever since. In WWE specifically, Helms was a WWF European Champion, a WWF Hardcore Champion, a two-time WWE Cruiserweight Champion and won the World Tag Team Championship twice- once with Kane and once with Rosey.

When asked if he would be open in any capacity to a full-time WWE return at this stage in his career, Helms explained that he has a family to take care of now, and anything long-term with the company would likely have to have a big dollar sign attached to it for him to consider it.

You can read his comments below:

“I mean- anything could happen. I got a family so if there is a big dollar sign attached, I’d have to consider my kids. I had a wonderful career in WWE. I had nothing bad to say about them. Even my Rumble experience back in January was fantastic. I just debuted on Story Time on the Network. I got a wonderful relationship with them, I got some other stuff coming up with them. Anything long term that could happen- it would have to- there would have to be some compromise [in] coming together. I’m not a spring chicken anymore, I’m a winner chicken, so I can deal with that.”

Would you like to see Helms return to a WWE ring? Are you a fan of his gimmick? Let us know your thoughts, opinions, and reactions in those comments below.