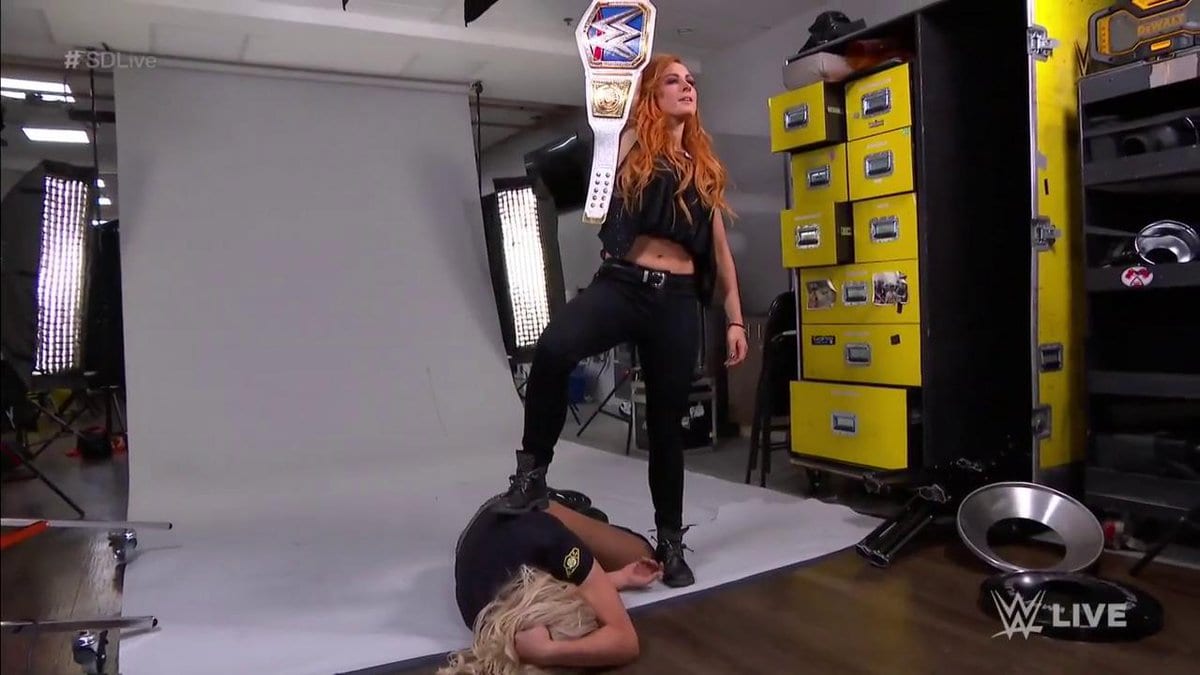 Becky Lynch and Charlotte Flair are in a pretty heated angle as they head toward WWE Super Show-Down. This week on SmackDown Live, Lynch jumped Flair during a photoshoot and beat Flair down.

After she was done with the beatdown, Lynch posed over Charlotte Flair and the photographer snapped a photo of a victorious Lynch with her title held up high.

But there might have been a bigger reason for this segment. After all, Maryse did leave SmackDown Live last week because she was needed at home to take care of the It Couple’s daughter Monroe Sky Mizanin.

Maryse did the same thing when she was champion so many years ago, but when you think about it, it really wasn’t all that long ago. 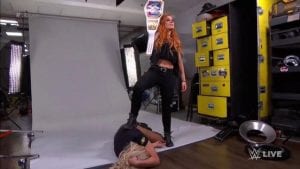 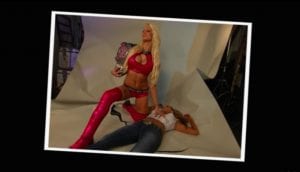