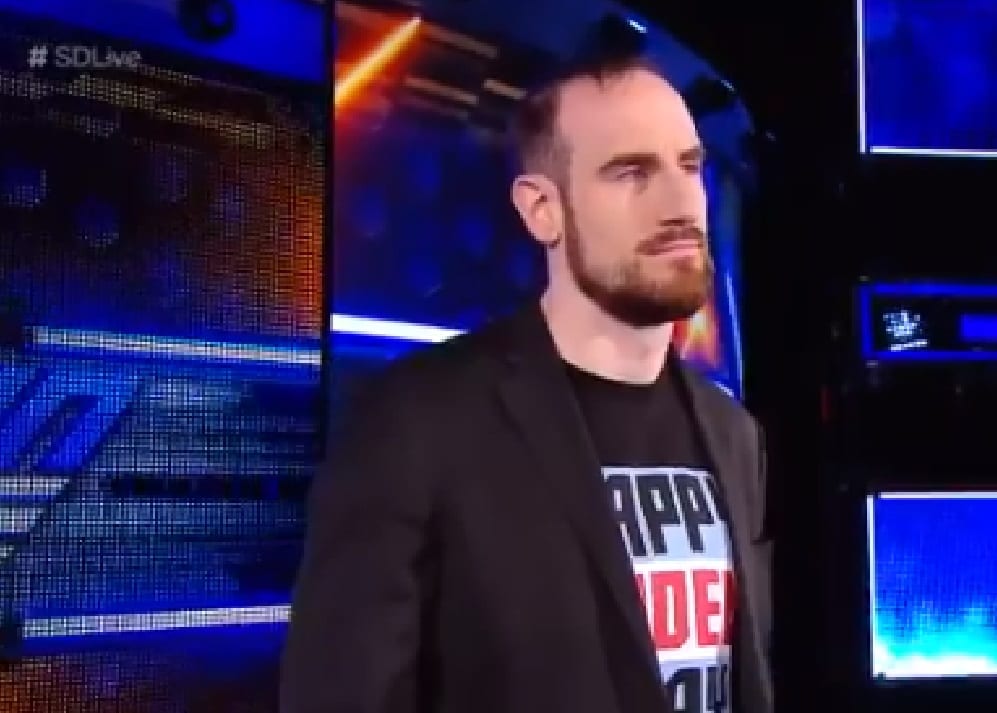 Aiden English jumped Rusev last week and ended Rusev Day as a trio and fan favorite on SmackDown Live. This was a sad moment for fans of theirs who hoped to see them hold tag team titles together.

Aiden English explained himself on SmackDown Live this week by showing a highlight video of Rusev and his partnership before Lana came along. Then he followed it with another clip collage of Lana’s involvement in Rusev Day where she seemed to get between the two of them.

He said it was all Lana’s fault and then the Ravishing Russian fired back the best she could. Little did she know that Aiden English had a bomb to drop.

English said “with all of your honesty” to Lana, “did you tell him about that night in Milwaukee?” Then Aiden dropped the mic like he just smashed it in a battle rap and walked away leaving Lana and Rusev looking astonished and Rusev was a little confused. Only time will tell what happens in this storyline, but remember that English is also married IRL to Shaul Guerrero, Eddie’s daughter.

But is @LanaWWE neglecting to tell @RusevBUL about… that one night in Milwaukee?

@WWEDramaKing just had a mic drop for the ages on #SDLive. pic.twitter.com/R0Z93nsGF2