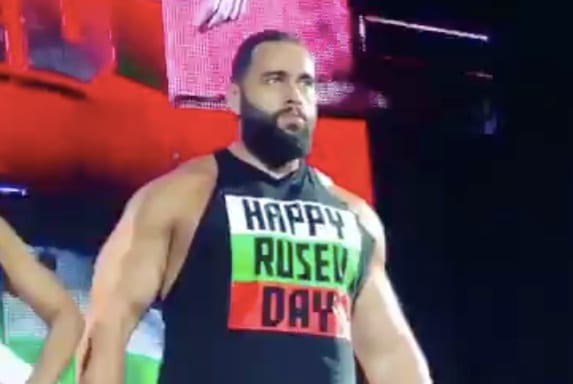 In the wake of Aiden English’s betrayal, WWE superstar Rusev appears to be more focused than ever – as proven during a recent house show appearance.

The Bulgarian Brute finally seems to have landed on a character that works for him, with his Rusev Day act getting over in a big way with the WWE Universe. As we look ahead to the future it seems as if he’s set to slowly make his way up the card, but first, he’ll have to get through his former manager English.

A split between the two always seemed inevitable once Rusev moved more into a babyface role, and now, we’ll have to wait and see when they eventually blow it off.

It’s always felt like Lana was the right choice as a manager for the former United States Champion, as he attempts to reach the heights that he was once at a few years ago.

While he’s still got a long way to go if he wants to hold either the WWE or Universal Championship, it feels like he’s closer to that goal than ever before now that he’s finally been able to draw the company’s attention.

English has been able to really impress the masses with his work as a manager, although some are fearful that he won’t be able to maintain a consistent place on the main roster following this upcoming feud. Still, even if that proves to be the case, we’re confident that he’ll be able to thrive wherever he goes.