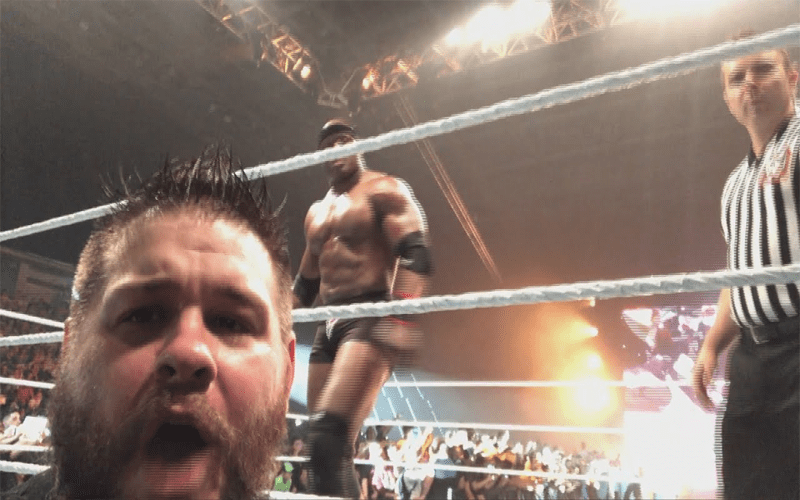 Back in late May, RAW Superstar Kevin Owens made headlines as he took on the role of social media producer during a WWE live event. His antics had wrestling fans crying with laughter, and it seems Owens is hoping to accomplish that goal again, as evidenced by a recent WWE show.

During the WWE live event in Loveland last night, Owens and Baron Corbin sought to take out Finn Balor. In the process, Owens took over the WWE social media accounts to showcase footage of he and Corbin attacking the leader of the “Balor Club.” It was Bobby Lashley who came to the ring to make the save.

The video has been uploaded on a variety of social media, but you can watch the video yourself from the WWE Twitter account below:

The video is slightly different to the one Owens helped create back in May, as this attempt at taking over his employer’s social media also included footage taken by the regular social media producer. You can also watch back the May video below.

Owens appears to be feuding with Lashley on RAW, but time will tell how their story plays out in front of the cameras.

Do you think Owens would make a good social media producer for WWE? What is the weirdest angle, match or segment you’ve seen at a live event you’ve attended? Let us know in those comments down below.