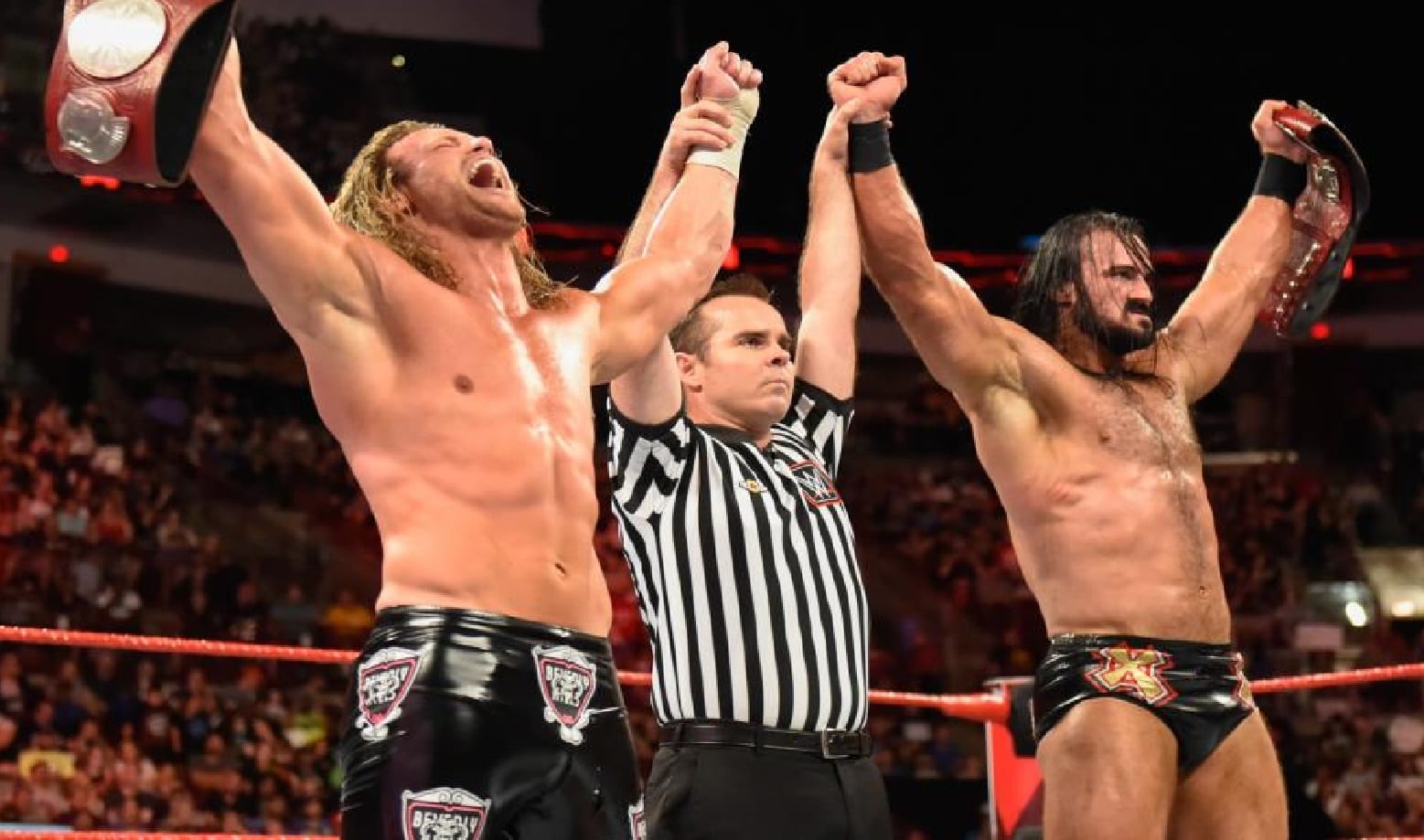 The Revival have a great chance tomorrow night as they face Dolph Ziggler and Drew McIntyre for the Raw Tag Team Titles. The idea of putting the titles with another team wouldn’t be a terrible idea seeing that the tag team gold is currently lost in the feud between The Shield and the Dogs Of War.

But as Bryan Alvarez pointed out on Wrestling Observer Live, a change on Monday isn’t likely because of how much Dolph Ziggler and Drew McIntyre have been able to do for the titles.

“Here’s the thing, when they had those belts on the B-Team nobody cared about the belts except for to do funny chants for the B-Team. They put the belts on Ziggler and Drew McIntyre and now they’re like a main event deal.”

“So no, I do not think the belts should go to The Revival. I mean I like The Revival as a team but they’re seen as low-card guys right now. So no, I don’t think you should take them off Ziggler and McIntyre.”

Therefore, it appears WWE put the Raw Tag Team Titles on Dolph and Drew to up the belts’ appeal and they might not be done elevating the titles just yet.

Maybe The Revival could get another shot with the titles. After all, they were hugely successful in NXT as a team. But it doesn’t look like tomorrow night is going to be their night. Then again, stranger things have certainly happened in WWE.