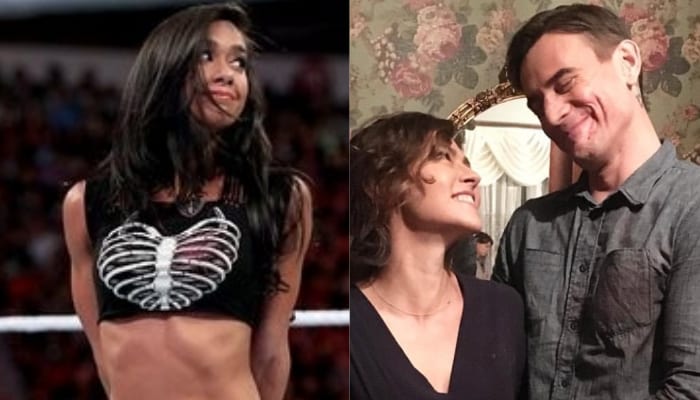 CM Punk’s movie career might be taking off and it could be the answer to what he’s going to be doing after his time in MMA is over with. After all, as a WWE Superstar, he did do a fair amount of acting.

Punk recently wrapped shooting a movie called Girl On The Third Floor which he has a starring role in. It’s too early for reviews, but we can’t wait to see it.

AJ Lee, Punk’s wife saw the promo picture of the upcoming film and couldn’t help but comment saying: “Huge congrats to the mister for wrapping his first feature film leading role in Girl On The Third Floor. I am so proud. Ok fine I’m like 90 percent proud, 10 percent peeved him and his movie wife make a way cuter family than we do. But mostly proud.”

We’re sure that she’s totally kidding but coming from a woman who wrote a book called “Crazy Is My Superpower,” who knows what kind of truth could be hiding in an online joke?