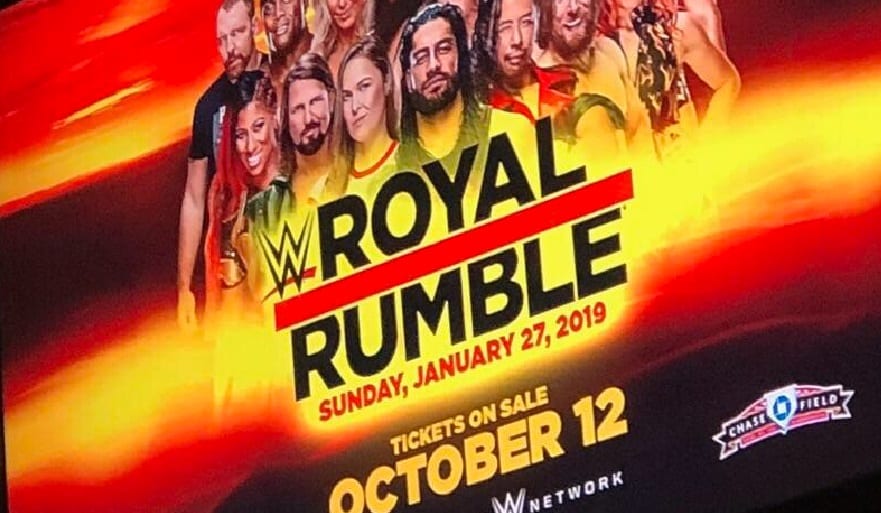 The Royal Rumble is rolling into Pheonix Arizona’s Chase Field and the stadium will be an extremely loud place to be on January 27th. On Tuesday night, as fans were leaving the stadium, they got their first look at next year’s Royal Rumble.

As you can see, the usual people are in the mix like Roman Reigns, Braun Strowman, Shinsuke Nakamura, and Daniel Bryan. Ronda Rousey and AJ Styles are also there as is Bobby Lashley. It’s interesting that The Shield is spread out on the ad, but that might have been a creative choice to make sure Roman Reigns is up front.

Nakamura and Rousey are on either side of Reigns too which could be interesting for the current US Champion. It’s also a very good sign for both Becky Lynch and Ember Moon that they’re on the advertisement as well. Charlotte Flair and Asuka are both included as well.

Drew McIntyre being on the advertisement without Dolph Ziggler could be a very interesting sign as well.

The Miz is actually included in this advertisement so he can’t complain about that one. Then again, the A-Lister isn’t going anywhere anytime soon so putting him in this add is a  good choice.

Thanks to Thenotsodarkknight on Reddit for posting this awesome picture. 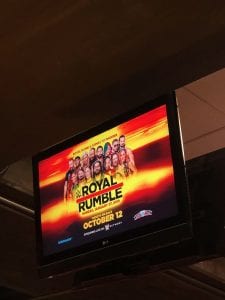