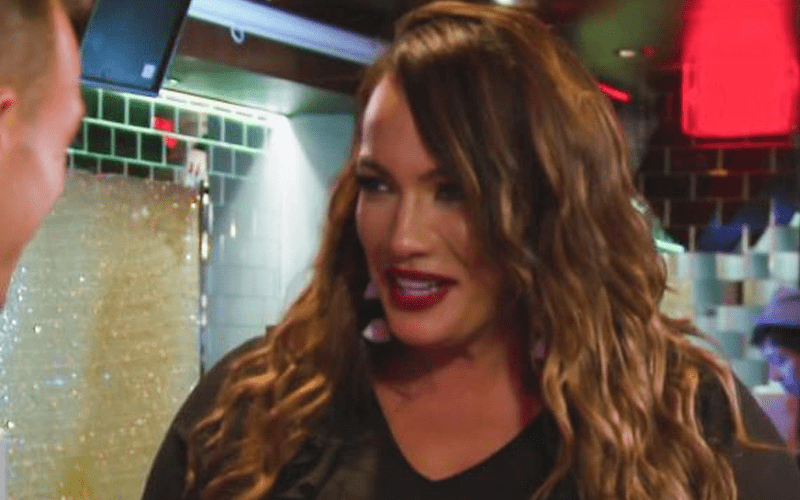 RAW Superstar Nia Jax recently returned to TV after a two-month absence. On the high note of her return, Jax was interviewed by TV Insider to talk about a variety of topics based around wrestling and Total Divas.

Interestingly enough, the dominant Jax is claiming she wants to have a tag match at the Evolution PPV to be held in Uniondale, New York. Jax wants to team with her cousin Tamina Snuka against the team of Natalya and WWE Hall of Famer Beth Phoenix.

“I thought it would be cool if me and my cousin Tamina teamed up against Beth and Nattie. Four powerful women and two powerhouse teams against each other.”

Additionally, Jax confirmed she does intend to be at Evolution regardless of where she is on the card. She also wants to take her RAW Women’s Championship back from Ronda Rousey.

“I’ll be at Evolution for sure. Now people are saying I’m doing so well, I feel I owe it to them to keep it up. The pressure. I got to go get it back from Ronda.”

Finally, as the interview had a distinct focus on Total Divas, Jax talked about joining the cast so fans could see a different side to her.

“Coming on to the WWE scene, I was different and bigger than everybody, so everyone didn’t know how to take me. I could tell fans were like, ‘Well, she is supposed to be a bad guy. Do we hate her? Do we make fun of her because of her size? She does some cool things the other girls can’t do. Do we cheer that?’

“…I’m bubbly. I’m loud. I like to have fun. I am always down for a party, and if there is drama, I like to nip that in the bud. I feel like it opened myself to our current WWE fans to see what my personality was off camera. Then the new fans on Total Divas who see me as a different person. A breath of fresh air and something they don’t see on TV as often. A bigger girl kind of embracing herself and really living life without any apologies. It has been great. I love being part of Total Divas. I love our cast. It’s a different cast this year, but last year I loved the cast as well. I had a great time filming. I feel like this season is probably our best season yet.”

Would you like to see Jax & Snuka vs. Pheonix & Natalya at Evolution, or Jax vs. Rousey? Let us know in the comments down below.