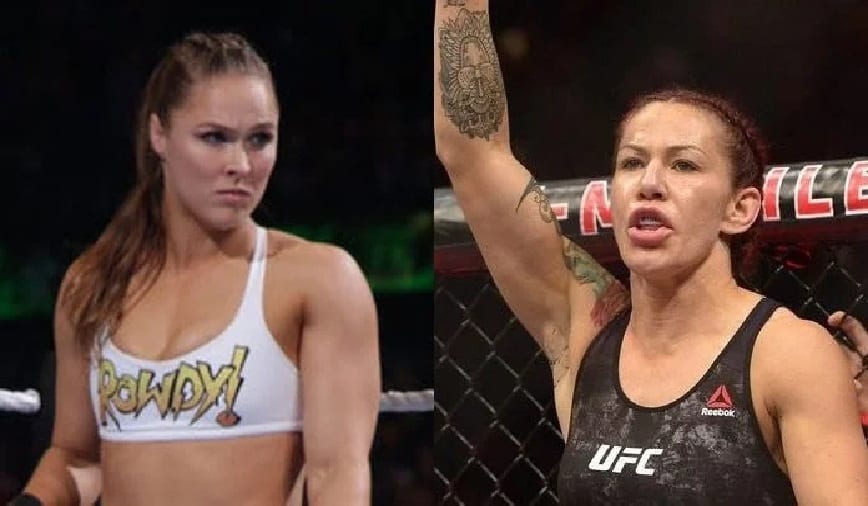 We previously reported via Barnburner’s Fired Up podcast that Cris Cyborg is currently in preliminary talks with WWE and the idea is to possibly have her square off against Ronda Rousey making a fight that could never take place in the UFC a reality in WWE.

The Wrestling Observer Newsletter commented on this story saying that when Ariel Helwani discussed this with Cyborg “she didn’t act like there was a deal” but she also expressed interest in making a match like that happen.

It was also noted that a source told him that it “was never brought up” and everything Rousey does has to go through her first and “it’s not something they think she’d want to do.” Dave Meltzer also said, “I don’t sense there is anything to this story.”

There is “legit bad blood” between Rousey and Cyborg as well and the first UFC women’s fight was supposed to be Rousey vs Cyborg in Anaheim, but they couldn’t get the two women in the same weight class for the fight to go down.

Only time will tell if the rumored negotiations will result in anything between Cyborg and WWE, but she is certainly interested. There was also talk that WWE would bring Cyborg in with a possible program with Becky Lynch last year for Survivor Series and some social media shade was thrown back and forth but that obviously didn’t happen. If it does go down, perhaps Meltzer isn’t asking the right people about this one.