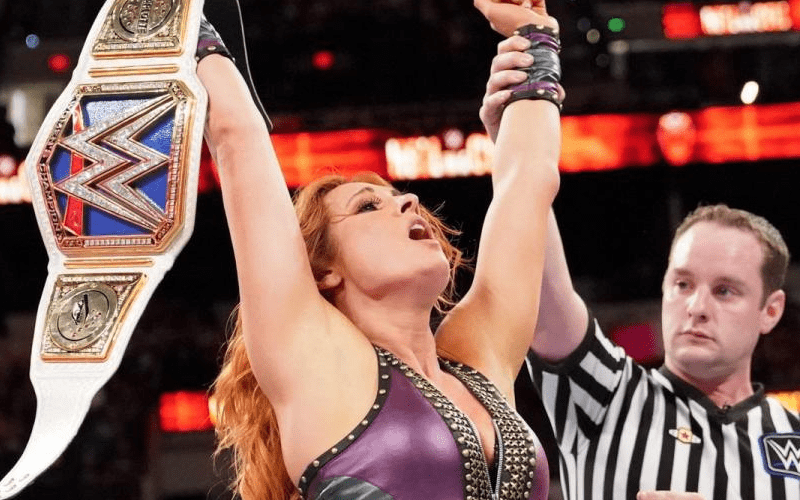 Lynch finally managed to climb back to the top of the women’s division last night, defeating former best friend Charlotte Flair. Many fans were calling it one of the matches of the night, which is high praise given that there were a handful of impressive encounters throughout the evening.

The aforementioned Blayze, who has her own interesting past when it comes to winning the Women’s Championship, claimed that Becky is ‘only just getting started’.

Congrats! Continue to be U. focus on the journey not the prize and the prize will come to you. And you’re living proof. Perseverance always prevails Becca you’re only getting started it’s your time 👊Wear it proudly, continue to make noise.handouts don’t prevail hard work does👏 pic.twitter.com/J8xaflfUfW

Lynch’s character alignment continues to be questioned despite her win, however, with many fans still believing that she’s the babyface in this feud with Charlotte. This is even after Flair extended her hand to congratulate Becky in the aftermath of her win, with the new champ deciding to rub it in her face instead.

The amusing ‘Stone Cold Becky Lynch’ comparisons have persisted, too, as she begins her second reign with the championship over on SmackDown Live. The two are set to clash once again for the strap at the upcoming Super Show-Down event in Melbourne, Australia.

But, for now, Lynch can continue to bask in the glory of her triumph – especially when she’s receiving praise from legends such as Madusa. The 54 year old was inducted into the WWE Hall of Fame back in 2015, after spending nearly twenty years being blacklisted from the company due to the infamous ‘trash can’ incident on WCW Nitro.