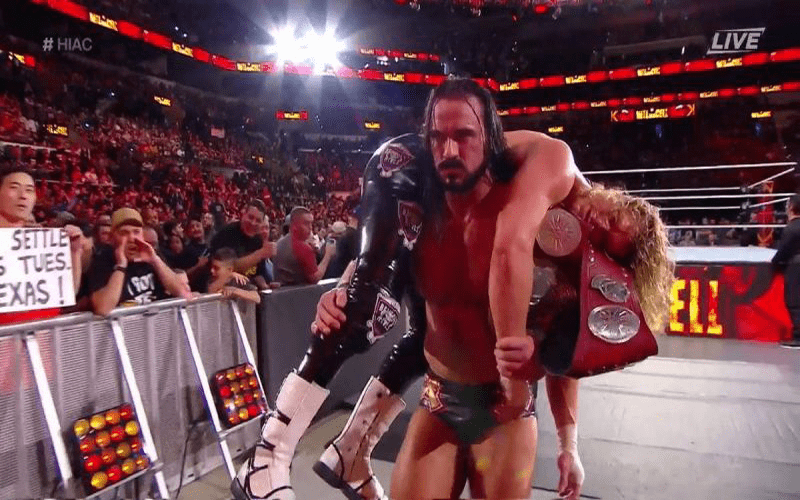 Dolph Ziggler had a brutal night at Hell in a Cell last night. Not only did he and buddy Drew McIntyre have to take on Dean Ambrose and Seth Rollins in their first RAW Tag Team Championship title defense, but Ziggler also had to come and try to help Braun Strowman take down “The Big Dog” Roman Reigns in the main event.

Ziggler received the brute of punishment in the tag team match, and alongside Rollins, also took a massive bump onto an announce table during the main event of the evening.

WWE has now released a storyline medical update on the former Intercontinental Champion. You can view it below:

“Dolph Ziggler medical update: After falling off the side of the Hell in a Cell structure during Roman Reigns’ Universal Championship Match against Braun Strowman, Dolph Ziggler was looked at by WWE medical personnel, but he refused to go to a local medical facility. Instead, he left the AT&T Center with Drew McIntyre.”

Who do you hope ultimately leaves 2018 as RAW Tag Team Champion? What match from Hell in a Cell did you like best? Let us know in the comments below.