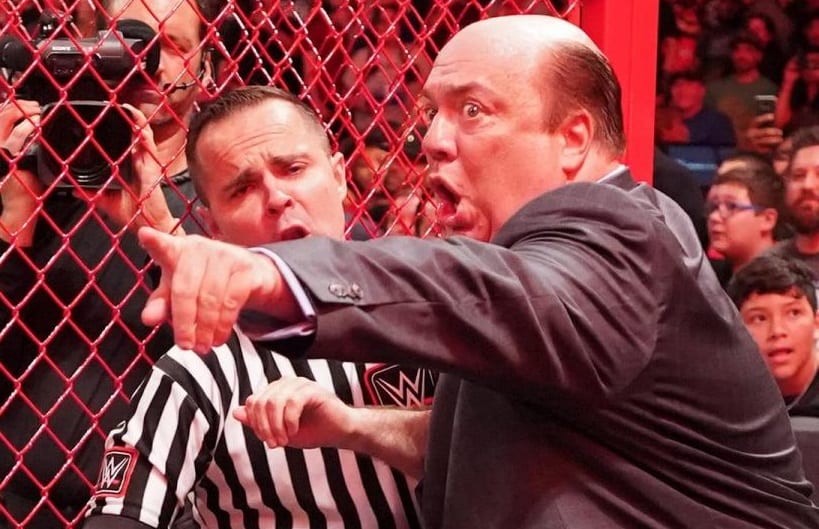 Brock Lesnar ruined a very good time after Hell In A Cell was all said and done. He ran to the ring with Paul Heyman by his side and kicked the door off the cell like he was Kane debuting. Then he went in the cell and demolished both competitors to leave Braun Strowman and Roman Reigns laid out.

But we’ve seen run-ins during HIAC matches before and even more blood and brutality. Still, for some reason, the referee came to the ring after Mick Foley (who was the special guest referee) took a shot in the eyes with some “mace.”

The new referee called off the match waisting Strowman’s Money In The Bank contract as well. The fans in the building were not happy at all and as you can hear, they filled the arena with tons of “THIS IS BULLSH*T!” chants.

Only time will tell if they make it up to Strowman, but it isn’t likely unless that’s in Vince McMahon’s plans. One thing is for sure, the fans in San Antonio’s AT&T Center weren’t happy at all and the only person it seemed to do any favors for was the former Universal Champion.

Paul Heyman commented on Lesnar’s return to the WWE ring saying he’s “in the Brock Lesnar business.” If he is taking a shot at the rumors of him possibly leading a stable soon, that is an interesting remark to make, but it seems that he certainly placed his allegiance on who he will be pulling for in the future.

The only question that remains is whether Heyman plans on advocating for Lesnar in both the UFC and WWE because The Beast Incarnate is rumored to be working for both companies.