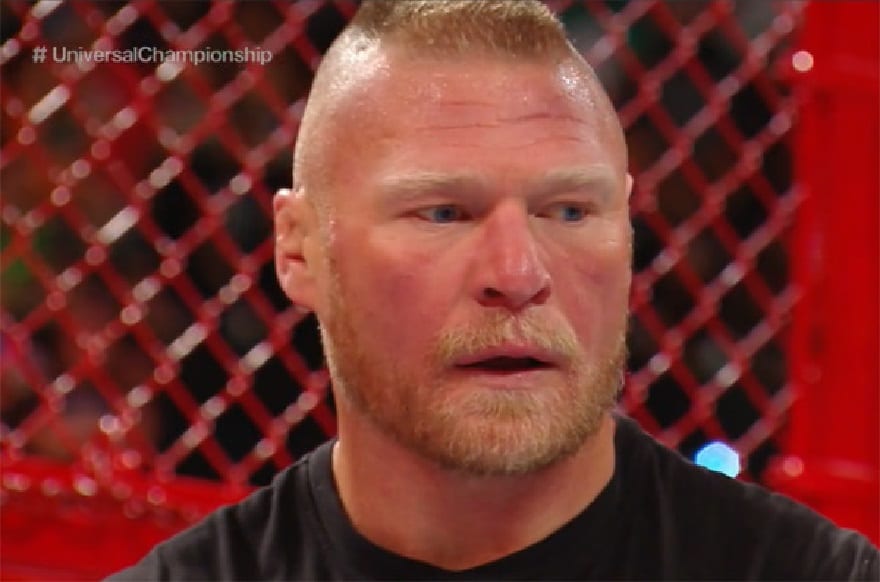 Brock Lesnar surprised a lot of people when he showed up at the end of Hell In A Cell and stopped the Universal Title match dead in its tracks. His music hit almost as soon as Seth Rollins and Dolph Ziggler’s insane fall from the cell, and now it appears Lesnar has his eye on WWE once again.

Although a UFC return isn’t out of the cards, as reported by Barnburner, Lesnar is expected to work for both companies.

Mike Johnson expanded on Lesnar’s status with WWE during PW Insider Elite audio while he discussed the fact that Lesnar was spotted in New York City for meeting 2 weeks ago but he couldn’t confirm why Brock Lesnar was in town. But now he is expected to be more of a face in WWE than first thought when he dropped the Universal Title at SummerSlam.

“I tend to believe that unless something happens that would keep Brock from fighting we’ll see Brock fight in the Octagon again. And we’ll probably see him wrestle for WWE at least at major events going forward, at least in the short-term future.”

Therefore, you can probably look at all the big events WWE has lined up and it might be a good idea to factor Brock Lesnar into those plans. After all, if WWE and UFC can figure out a way to share The Beast Incarnate, he could work for both companies while he wrestles once in a while and continues to train for whatever his next fight is in the UFC, which at this time is supposedly Daniel Cormier.