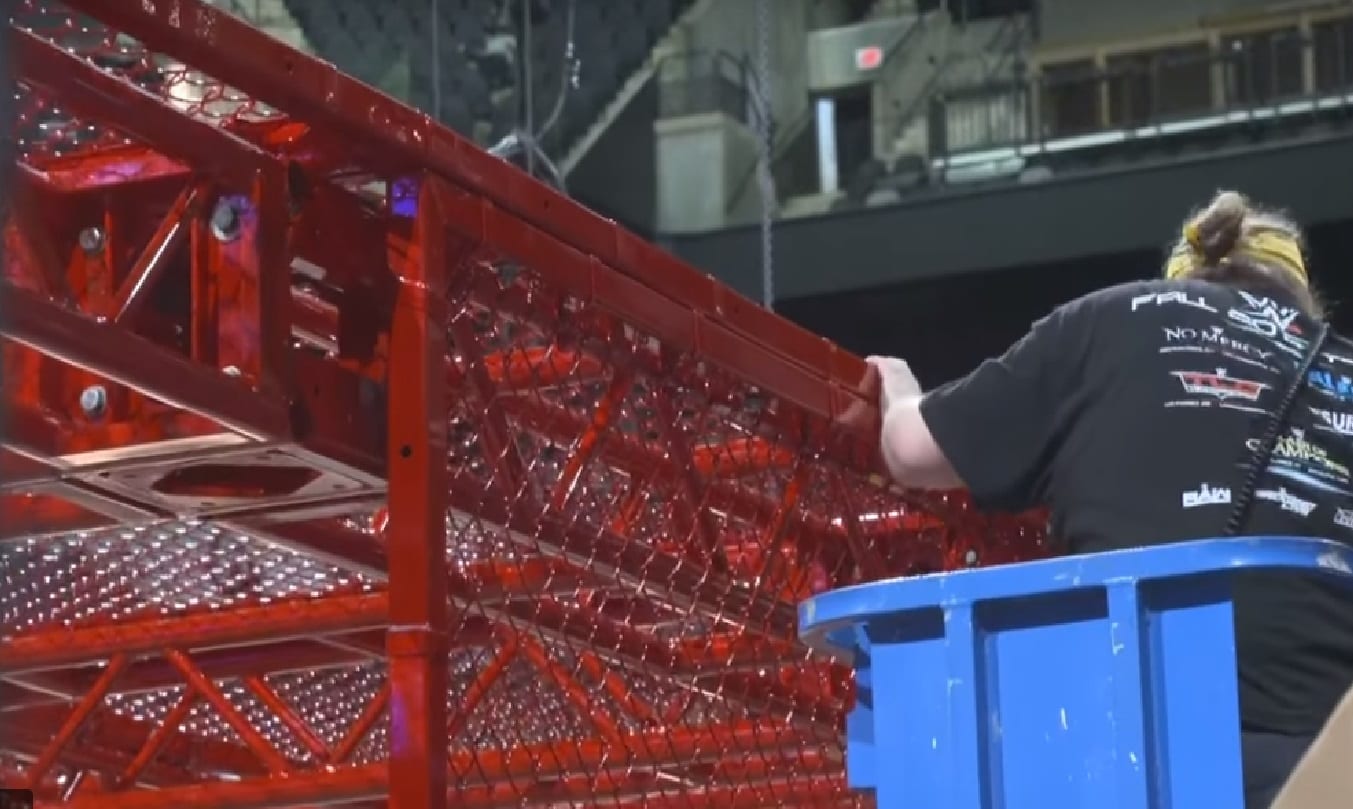 Hell In A Cell has a brand new look and if you’d like a closer examination you can check it out here. But many fans were left wondering why WWE would choose to change-up the demonic structure and add a color to make it look even more hellish at this point. After all, it is red now which allowed Impact Wrestling to take a shot at WWE’s new design as well.

It looks like WWE’s choice to change-up the cell was of course, a Vince McMahon call. After all, he does run the entire operation and can make a decision for pretty much any reason.

Wrestle Votes says that they have heard from a source that “honestly, with all this 20 years talk about Taker and Foley, I think Vince McMahon forgot how old the match was. So he changed it up. Like when Mania lost its Roman numerals. Just something new.”

Only time will tell how the cell looks tonight on the pay-per-view as Superstars do battle inside it. But it was also noted that they did a “test for visibility and it’s okay. So hopefully, it will look super cool and won’t be too much of a distraction.

Asked about the Red Cell… source said “honestly, w/ all this 20 yr talk about Taker & Foley, I think Vince forgot how old the match was. So he changed it up. Like when Mania lost its roman numerals. Just something new.” Also, they did test for visibility and it’s OK. #WWEHIAC