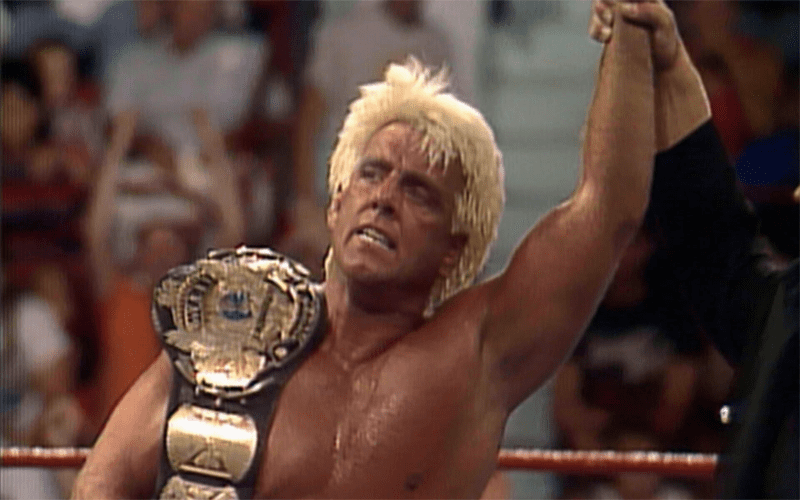 Ric Flair has done so much for the wrestling business during his time on Earth. During a recent interview conducted by The News-Press, Flair explained why he misses professional wrestling so much now that he has retired from the business in an in-ring capacity.

“I’m not saying it wasn’t hard, but I didn’t look at it as just work. I loved it. It became a way of life for me. I loved it, and I miss it a lot now. But like I said, I really enjoy watching my daughter, and I attend a lot of events. And through my relationship with her, I stay in touch with a lot of the kids who all come out… It’s been a wonderful experience.”

“I live my life vicariously through my daughter. She’s doing phenomenal. She’s above and beyond the legacy.”

Flair also gave an insight into how he is feeling following his health scare back in 2017.

“I’m doing great! It was a year anniversary last Tuesday. I’ve healed, and I had the second operation to repair the stoma. I feel great. And I’m blessed, man, no kidding. It’s been phenomenal. Someone gave me another chance. Not someone, but you know, The Man gave me the opportunity. I feel very special and I feel very happy to be in the position I’m in.”

Would you like to see Flair on WWE TV anytime soon? What are your favorite Flair memories? Let us know in the comments below.