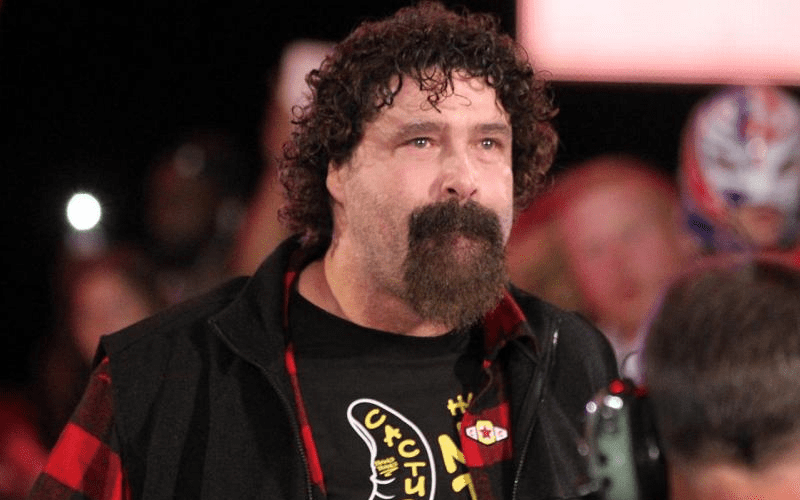 Mick Foley, who made his return to WWE television on Monday Night Raw earlier this week, has praised Diamond Dallas Page and his DDP Yoga program – crediting it with turning his physical condition around.

Throughout the years the Hall of Famer Mick, who has taken on many different faces in professional wrestling, has fluctuated back and forth both in terms of his weight and his overall look. On Monday night, though, he seemed to be in the best shape that he’s been in for quite some time now.

Foley is gearing up to be the special guest referee for the Roman Reigns vs Braun Strowman match at Hell in a Cell this weekend, with some fans even wondering if Mick would consider taking part in a spot of some kind.

Thank you @LanceStorm – what a difference 3 years, a knee & hip replacement and @DDPYoga can make! https://t.co/khiM7dos25

Given the many years of pain that he’s endured courtesy of pro wrestling it doesn’t seem as if he’ll be stepping back inside of the squared circle in a ‘performer’ role, which is to be expected.

It’s great to see Mick looking this good especially given that many WWE Universe members may not have heard from or even seen him since he gave up his Raw general manager post.

Foley’s name value alone should be enough to draw even more fans in to watch Reigns/Strowman at HIAC, and as we look through the entire card, it seems as if there’s a good chance that this’ll be a great pay per view. Whether or not Mick will play a huge role in the title match, though, only time will tell.