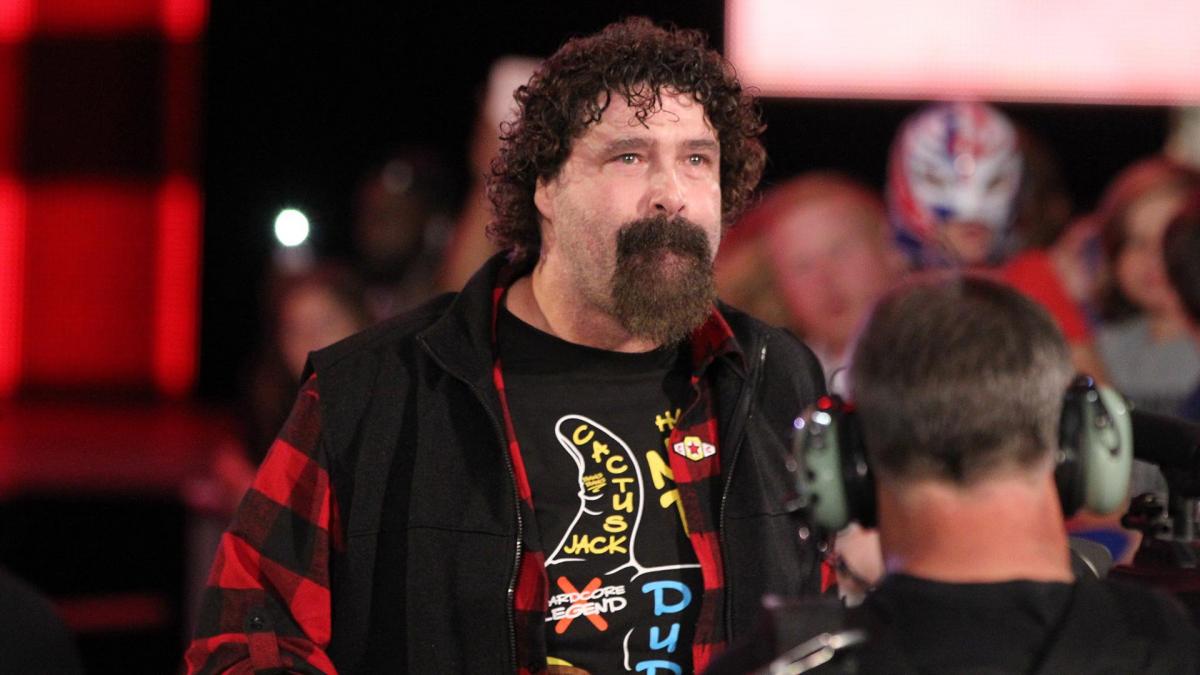 Foley has been doing really great since his hip surgery and now it looks like he’s ready to mix it up, only as the Wrestling Observer Newsletter noted, he can’t take any bumps because he was retired due to concussions.

Foley is the special guest referee in the Hell In A Cell match between Roman Reigns and Braun Strowman for the Universal Title. Although Foley did express interest in getting involved in the match, it was reported that we should probably expect a much lighter because of his previous injuries.

While anything can change, after all Daniel Bryan was forced to retire and now he’s wrestling again so you could plausibly expect Mick Foley to get the green light to take a bump, it was noted that if Foley is allowed to get physically involved in any way then he will be greatly limited in what he will be allowed to do.