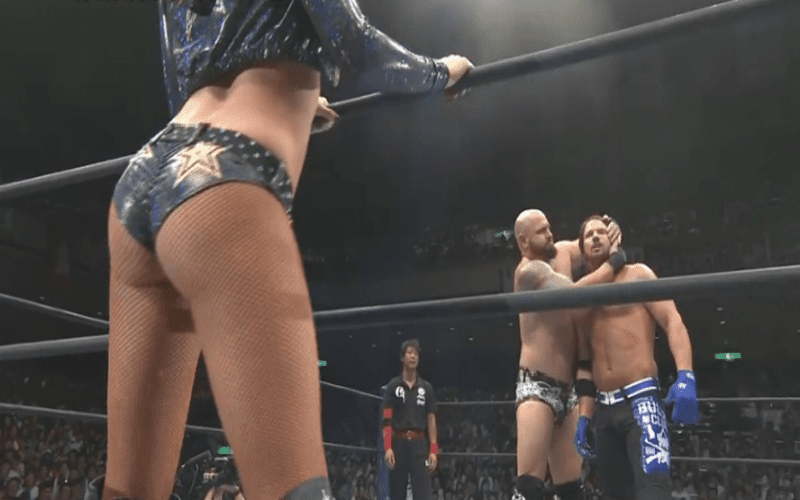 Back during their days working for Ring of Honor and New Japan Pro Wrestling, WWE Superstars Karl Anderson and Maria Kanellis had a hilarious interaction during a match between The Bullet Club and The Kingdom.

The match itself has become well known online, with memes and videos surfacing all over social media. In fact, you can see the segment in question in a video we’ve provided below.

As you can see, the video above shows Anderson becoming infatuated with Kanellis during the match. Kanellis is also able to distract AJ Styles before Doc Gallows (now Luke Gallows) came to the rescue…despite The Kingdom attacking them from behind regardless.

Reddit user Mini_Higg92 took note of something very interesting when observing the Instagram account of Kanellis. The Superstar showcased a photo of her behind with no added caption. Anderson replied with “Maria?” to which, of course, Kanellis replied with a waving emoji. This, of course, pays homage to the entire situation above.

You can check the interaction out here:

So it is safe to say despite having a “hot Asian wife,” Anderson is still under the spell Kanellis cast on him years ago.

What are your reactions to this interaction? Respond using the reaction meter below.