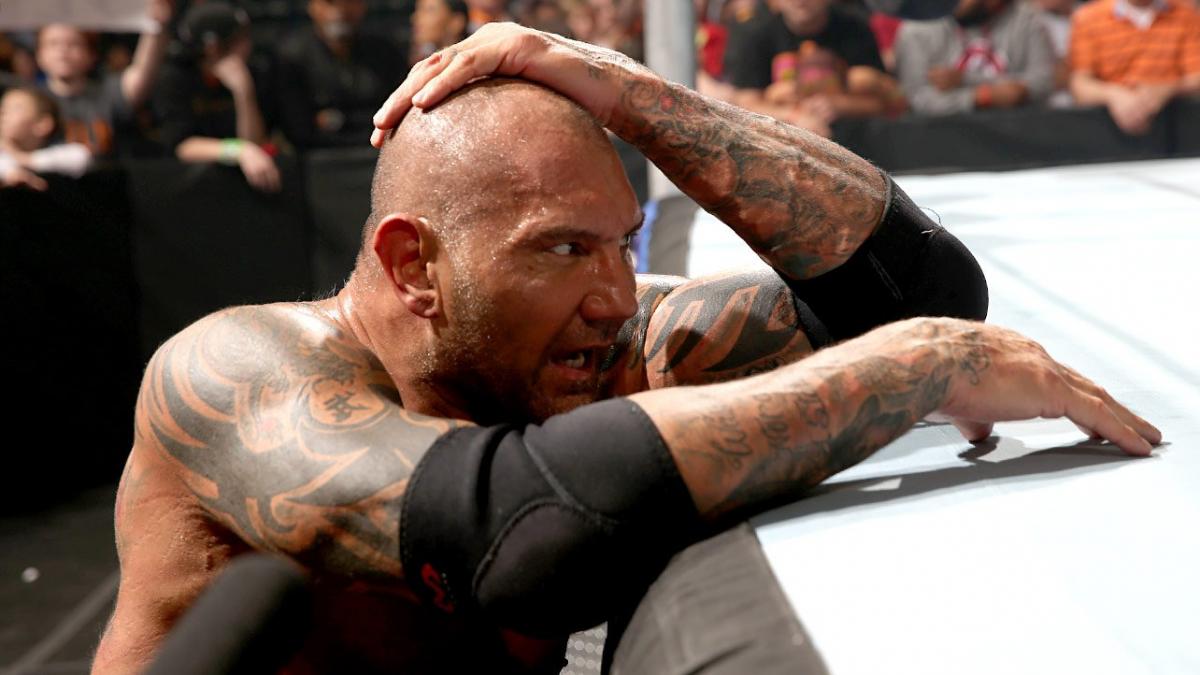 Batista really doesn’t care what he says anymore and good on him for being that brave nowadays. After all, he’s speaking out quite heavily against Disney and risking the Guardians Of The Galaxy franchise because they fired writer/director James Gunn.

But The Animal recently spoke out against WWE saying he wasn’t invited to SmackDown’s 1,000th episode celebration even though the event is taking place in his hometown of Washington DC. It was a pretty brazen tweet if we do say so ourselves.

But The Wrestling Observer Newsletter noted that Batista might have jumped the gun on that tweet against SmackDown 1000 because customarily, WWE doesn’t really book that kind of show until weeks out for a few reasons. Not only do they need to plan the show, but they also want to try and keep news sites from picking up on their bookings to break the word early.

“A lot of people in that situation are called late in the game because they don’t plan the shows out until the last few weeks and also the farther ahead of time they invite people, the more likely it is that the news gets out before WWE can release it first.”

Edge denied his place on SmackDown 1000 which is what you want to do if you desire a surprise. But with his schedule with Vikings and his other projects and appearances, it might have been necessary to nail him down this early.