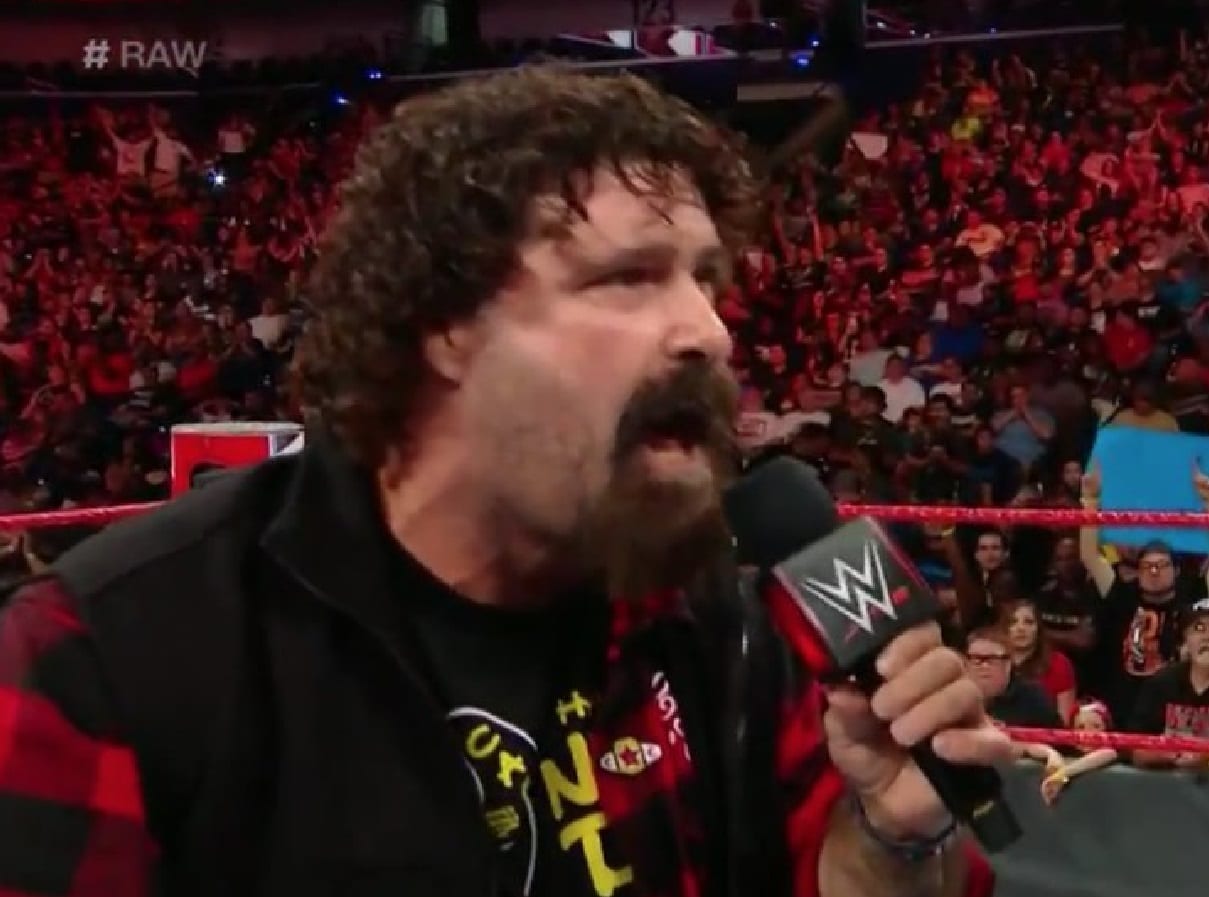 It takes a lot of planning to figure out what is going to happen in WWE. After all, they area a huge company with a lot of moving pieces. Mick Foley is going to be the special guest referee during the upcoming Roman Reigns vs Braun Strowman match at Hell In A Cell and fans can’t wait to see what Foley will do in the match he made famous. After all, he said that he hopes to get involved.

Foley recently spoke to Busted Open Radio where he revealed that this idea to do something for Hell In A Cell was actually something he came up with when Vince McMahon called him to participate in Raw 25.

“This was in the works long before WWE even came to see my special. I want to say it was before the tour was announced but that’s not quite true. I had the chance to partcipate in the 25th Anniversary of Raw and I texted Vince McMahon and said, ‘I appreciate it but I just feel like I’ve got something to offer if you want to wait until September. I feel like I could do something more impactful with the 20th anniversary of Hell In A Cell.”

“This is a case where I have a definate role. We’re not just throwing guys out there. We — and when I say we I mean WWE have done it in the past. I think the use of Shawn and Taker and Triple H of course they have that match coming up in Australia so there’s a legit reason for them to be out there so I see that as a lesson to be learned.”

Foley went on to say that he didn’t mean to be dramatic, but he believes that there should be a real reason to get involved in the storyline if they’re coming back for some sort of a program as a WWE legend.

"When that door shuts, all the focus will be on them…obviously I hope I get involved in some way." @RealMickFoley explains his role as special guest referee in @WWERomanReigns vs. @BraunStrowman at #HIAC, says this appearance has been in the works since #RAW25. pic.twitter.com/oK5Vc9pK4F