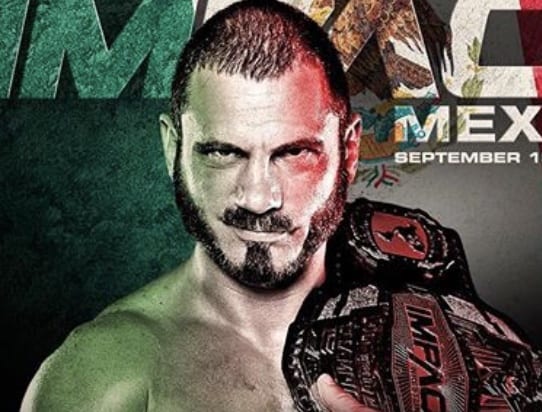 Impact World Champion Austin Aries has made some noise on Instagram, as he continues to hype the promotion’s tapings in Mexico tonight and tomorrow night.

Since returning to Impact it’s fair to say that Aries has had a successful tenure there, as he continues to develop and change his game with each and every passing week. Austin went back out onto the independent scene last year, after failing to capture the Cruiserweight Championship from Neville and being generally frustrated with his direction in the company.

As you can see below, however, he’s thriving under his current role – even going so far as to poke fun at the Mexicans while also name dropping President Trump.

Interestingly enough Aries could easily find himself going up against the aforementioned Neville at some point in the future, after it was revealed that The Man That Gravity Forgot likely wouldn’t be returning to WWE.

These are interesting times that we’re living in with more and more options popping up for wrestlers away from the world of WWE, and that’s pretty exciting. All you need to do is take a look at someone like Aries, who seems to be thoroughly enjoying the work that he’s putting out.

In terms of the subject matter, it’ll be interesting to see whether or not he decides to go one or two steps further with it because at this stage, he’s going to receive some pretty notable heat from the crowd as Impact continues to try and break into all different kinds of markets.