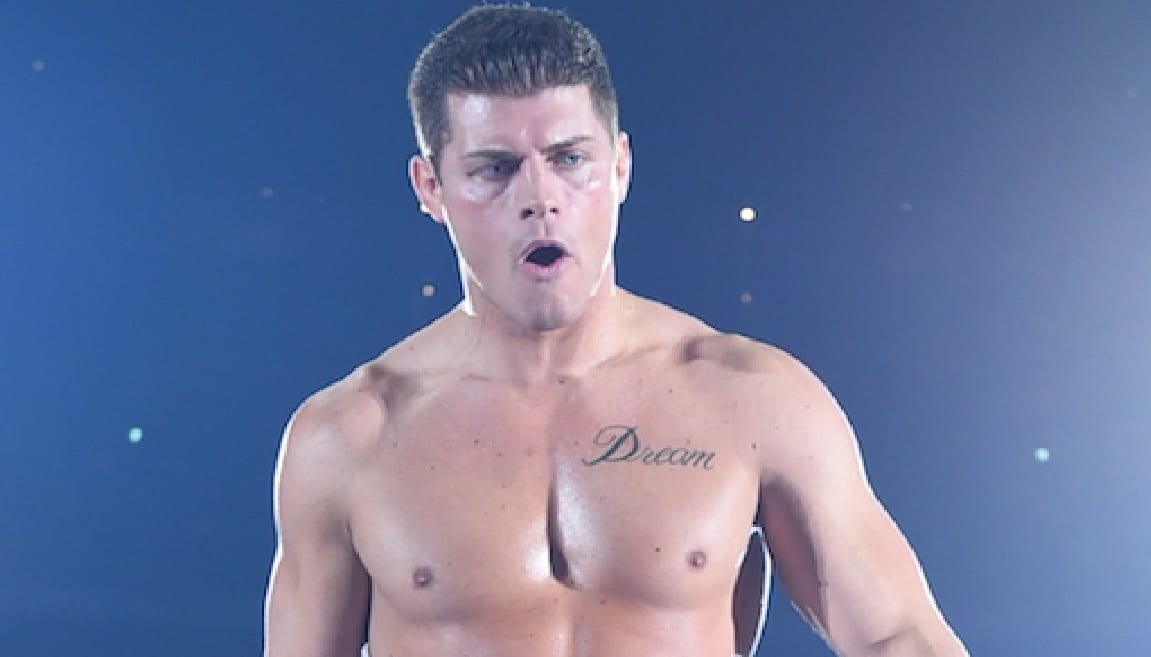 Cody Rhodes is pretty outspoken when he needs to be. After all, he stood up for himself enough to leave WWE in the first place and take a chance on himself. So when he sees something that needs to be said, he’s not afraid to let it out there.

It looks like although the All In guys seem to be doing well on Being The Elite, other Bullet Club members might not be doing too well. In fact, if you ask Cody, nobody cares about them.

Tama Tonga sent out a message saying that they were in search of a female to join their BC Tongan team. It didn’t take Brandi Rhodes long to throw in her 2 cents while calling they a junior varsity team compared to the varsity Being The Elite crew. After all, they already have Brandi as their female representation on the A-Team.

You mean the JV squad needs chicks? Adorable. Cause Varsity’s all set over here with the Queen 👑 https://t.co/O3BsOsffyL

Brandi’s husband The American Nightmare himself also spoke up to interject his opinion as well. He said that they don’t need anyone else because they have all that they need, even a dog.

He followed up by also saying: “But yea I’m sure folks are chomping at the bit to join you and Mr. Juicy’s Bullet Club. Go to NXT already please, nobody gives a sh*t.”

Some fans drew a lot of attention to the comment Cody made about NXT and he replied saying: “NXT is great. Don’t change the narrative.”

Only time will tell what happens next, but Cody Rhodes doesn’t seem to be impressed with the Tongan’s latest attempt to stir up some social media attention.