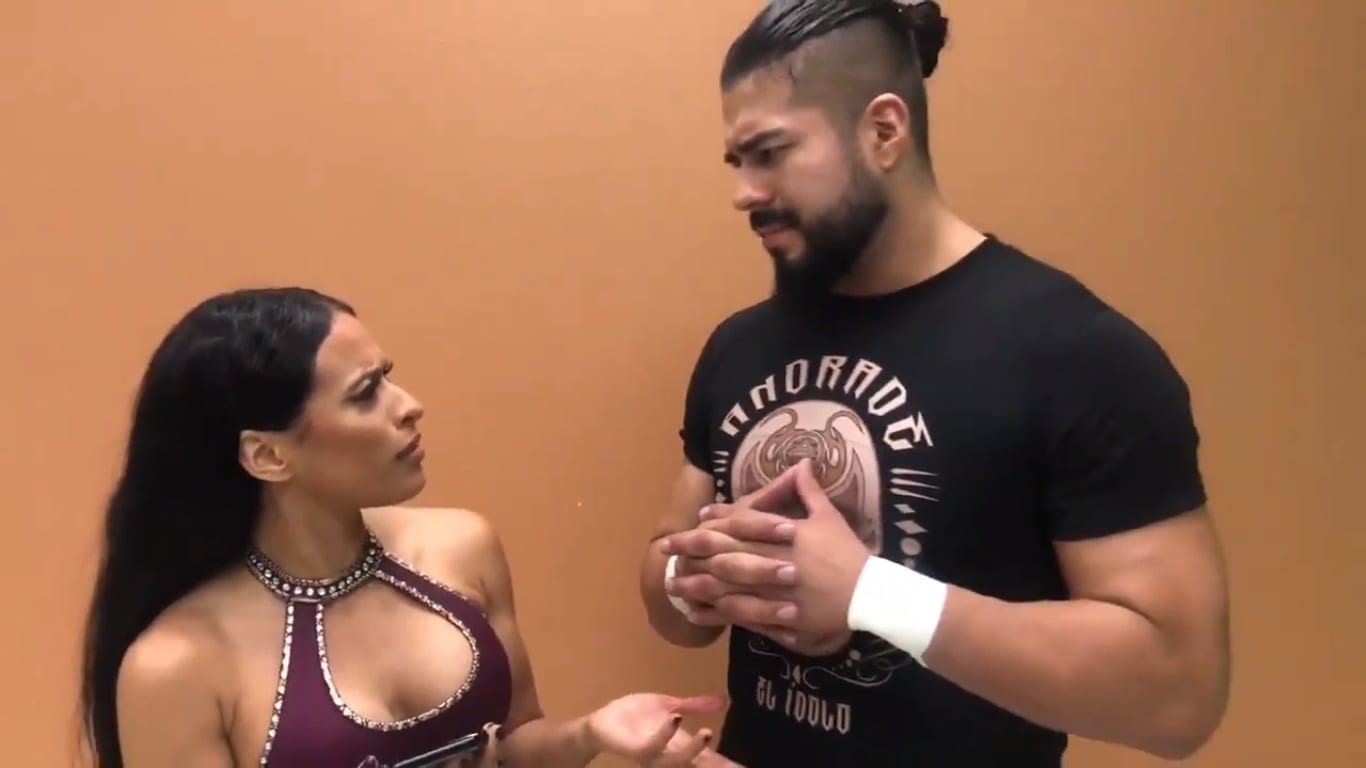 R-Truth has been around the professional wrestling business for over twenty years at this point and he’s been in a few memorable feuds in many promotions. Before coming to WWE, he was Ron Killings and even captured the NWA World Heavyweight Title twice which is something that should never be forgotten.

But he’s having a great time in WWE playing an airhead. He is preparing for the Mixed Match Challenge as he tries to get out of his mind that he doesn’t have to pin Carmella to get a title shot. R-Truth recently cut an online promo about the MMC and by the sounds of things, Zelina Vega didn’t appreciate it.

After all, many fans drew immediate attention to the fact that Zelina and Andrade Cien Almas were snubbed in the lineup for the MMC’s second season. This might have been interesting, but it appears a feud could happen in real life because of it.

R-Truth said he’s had a tremendous week because he main evented SmackDown Live and won. He is also paired up with Mella for the Mixed Match Challenge. He might want to ride it till the wheels fall off, but Vega has another idea.

Vega didn’t like seeing a delusional R-Truth talking about a winning streak. After all 1 win doesn’t mean a winning streak is a reality. But she said if he faced Almas his winning streak would be dead. Only time will tell if Cien Almas will face R-Truth but it could get interesting.

Gone ride it till the wheels fall off!! pic.twitter.com/yzC9WHCmuf

“All it takes is one bad day to reduce the sanest man alive to lunacy.”

Guess @RonKillings has had A LOT of bad days. #Delusional #Lunatic @WWE pic.twitter.com/ghe3MJ99RI