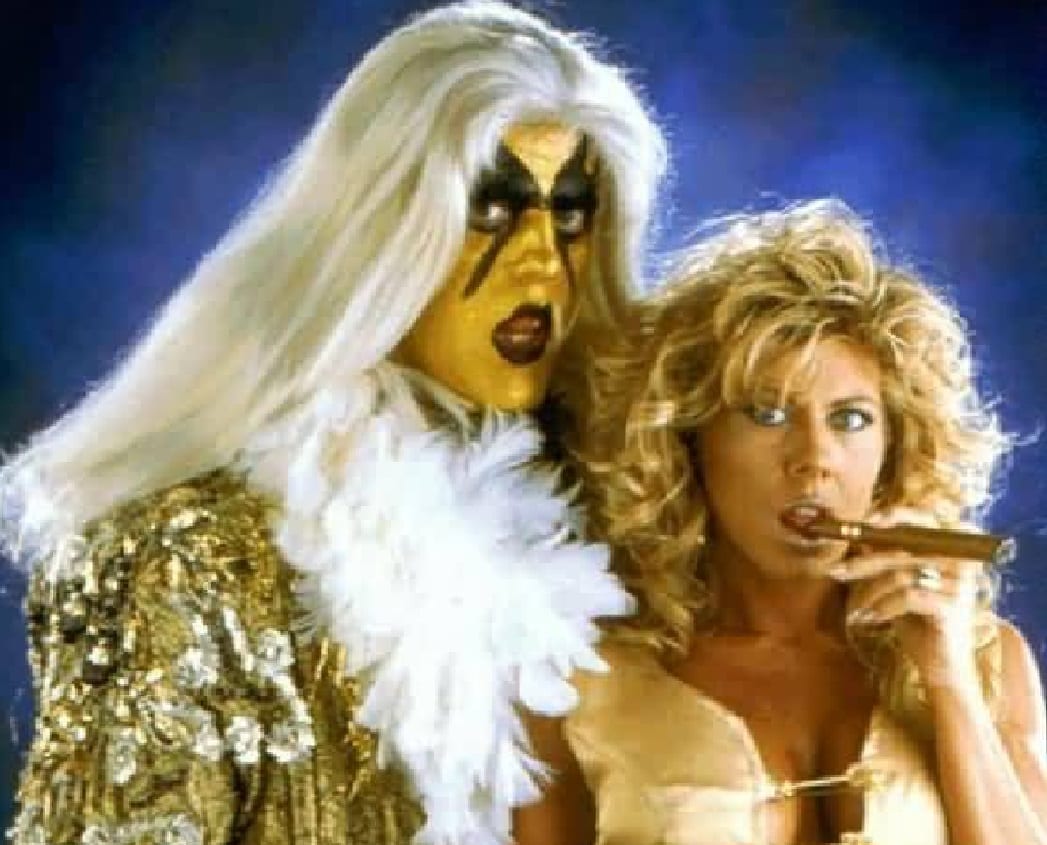 Goldust is a shoo-in for the WWE Hall Of Fame eventually, but when he first debuted people would not have thought that at all. In fact, he was quite over the top. He had a manager who was his real-life wife Marlena but since he and Terri Runnels are no longer wedded, it looks like it’s finally time for Goldy to cover up a tattoo he has of his ex-wife.

It certainly appears that Goldust decided recently that he was going to use his time off from WWE due to knee surgeries to not only become a deputy sheriff, but he also got some ink done.

It’s a pretty cool design and Goldy said it’s a demonic version of himself. It appears that he might have gotten it as a cover-up too even though he didn’t explicitly say that, but the positioning looks right for that to be the case.

Only time will tell if and when we will see Goldust back in a WWE ring, but if they let him wrestle without sleeves then we’ll get to spot his new ink.