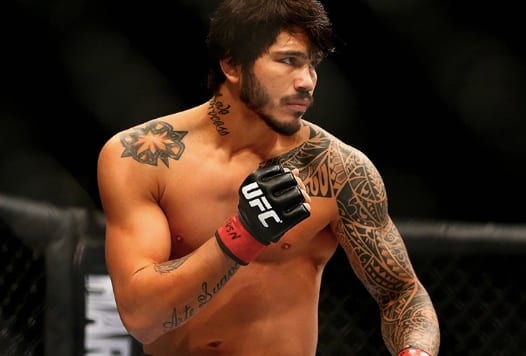 Bellator have confirmed that Erick Silva has officially signed for the promotion.

The 34-year-old veteran had been with the Ultimate Fighting Championship since back in 2011 before leaving at the end of 2017, and at the start of his journey, he was considered to be a potential superstar in the world of mixed martial arts. Silva has often been viewed as someone who failed to live up to his potential, despite having flashes of brilliance over the course of the last seven years.

Erick joins a long line of former UFC stars who have transitioned over to Bellator, which continues to establish itself as the best alternative to the MMA leader.

Silva lost four of his last five fights in the UFC before leaving, but at the age of 34, it seems as if he could still have a few good years in the sport before hanging up his gloves.

After leaving the promotion, however, he did have a fight in LFA, winning via submission in the very first round back in July. If he can build up some momentum over the course of the next few fights, then there’s a chance that he could rise up to title contention sooner rather than later with Bellator.

As time goes on it really does feel like there are more and more options popping up outside of the UFC, and given that many media members feel like the sport has been going through a tough time as of late, that can only be a good thing.