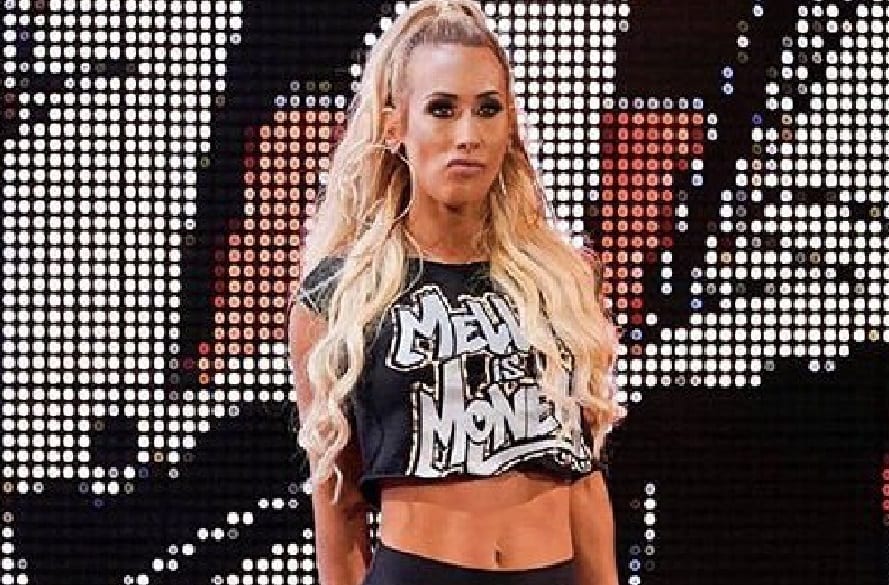 Carmella has reached way more heights on the WWE main roster than anyone every thought. In fact, she’s the only one remaining from her NXT trio that she was in consisting of Big Cass and Enzo Amore. After all, Cass and Enzo are no longer with WWE.

But as Carmella continues on, even if she’s not the champion, she still finds herself in the closing segment of SmackDown Live. At this point, it’s become such a trend that Mella is demanding a new nickname.

“I’ve been in the main event of SDLive more than any other chick on the roster this year. You can all start referring to me as #MainEventMella,” she tweeted out.

Carmella does have a point because her 2018 has been pretty outstanding so far all things considered. She might not have been putting out 5-star matches but that wasn’t her place on the roster as a heel champion.

It looks like she might have a point, let’s just see if they let her start throwing around her new nickname on SmackDown Live. That would be a good indication of whether or not WWE approves of the new moniker or not.

I’ve been in the main event of #SDLive more than any other chick on the roster this year. You can all start referring to me as #MainEventMella 🤑 pic.twitter.com/AMqOoYVL9O