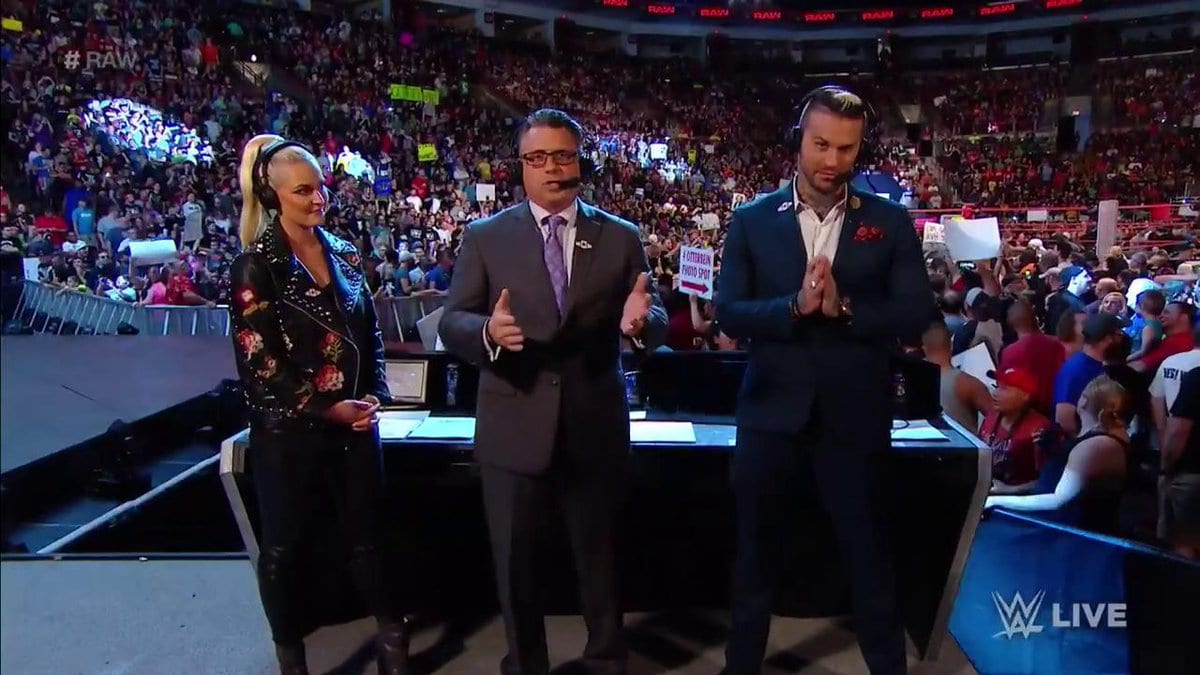 As seen on RAW this week, Renee Young filled in for Jonathan Coachman as a play-by-play commentator on Monday’s show. WWE claimed that Coachman was on an “assignment” and that’s the reason he wasn’t at the event.

For those wondering, Coachman was actually doing more work for the Gold Channel and he was at the WinStar World Casino & Resort shooting for a two night event starting tonight.

Below is what Coachman had to say about his assignment for The Gold Channel below:

“Done with our night shoot at the @winstar_world as we get set for our 2 night event starting Tuesday and Wednesday 9et on @golf channel. Going to be fun.”