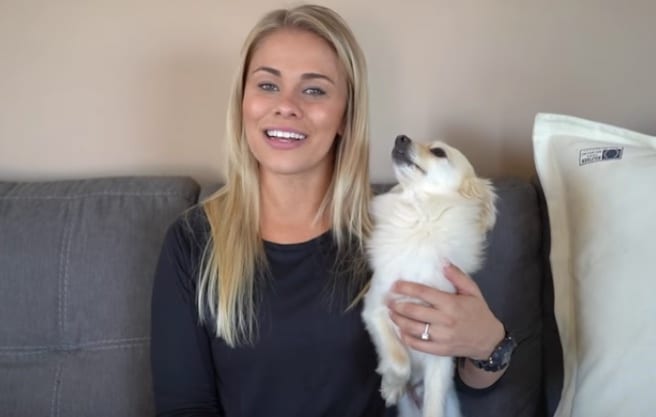 UFC fighter Paige VanZant has confirmed that plans are in place for her to return to the Octagon in January.

VanZant, 24, suffered a broken arm back in January when she lost to Jessica Rose-Clark via unanimous decision. The result was her third defeat in her last four fights, taking her professional MMA record to 7-4. While she’s certainly had a tough few years she seems to have maintained her optimism, as you can see in the below video.

Paige has started up her own YouTube channel, which is where she announced that the UFC have been asking her to sign a fight contract for January. The general belief is that she’ll have a featured role in their first ESPN Fight Night event, with Rachael Ostovich being her rumoured opponent.

VanZant has often caused a lot of controversy in the mixed martial arts world, given how much she has been promoted by the Ultimate Fighting Championship. Some people put that down to jealousy on the part of other fighters, who believe that they should be in a similar position.

Either way, she’s an important piece of the puzzle in women’s MMA and has been for quite some time now, with many fans eagerly anticipating her return to the cage.

The fight against Rose-Clark back in January in St Louis served as her flyweight debut, which seems to be the best possible weight class for her as she attempts to try and get back on the winning track for the first time since August 2016.