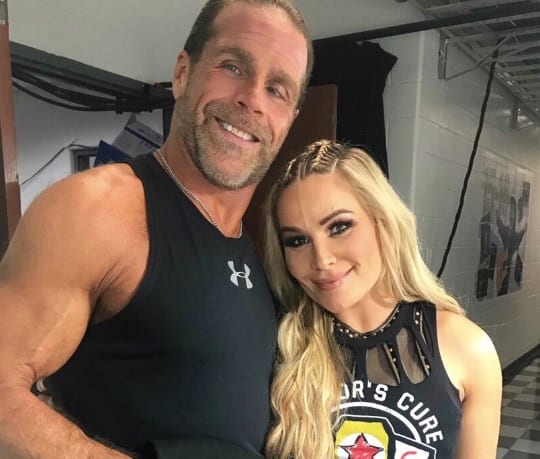 WWE superstar Natalya posted up a great story about herself and Shawn Michaels earlier today, featuring her showing a picture to HBK of him and her father Jim ‘The Anvil’ Neidhart.

The Anvil recently passed away at the age of 63, and ever since then, The Queen of Harts has been paying tribute to her dad on social media. Natalya has long since been viewed as one of the core members of the women’s division, and it seems as if that’ll continue to be the case for many years to come.

As you can see, the following post details an image of Jim showing respect to a young Michaels from a match back in the day.

Today I had the chance to show @ShawnMichaels this picture of my dad & himself from so many years ago. I realized WE hadn’t taken a picture together until today. So here it is. So great to capture a special moment with the one and only #heartbreakkid 🙏 pic.twitter.com/NZxIoBDekx

Michaels was present backstage at Monday Night Raw last night, during a show in which he had arguably the best segment of the night with The Undertaker. While HBK has been retired ever since losing to The Deadman at WrestleMania 26, there was a subtle hint that he may consider coming out of retirement for one more match – although, realistically speaking, that doesn’t seem all too likely.

It doesn’t seem as if Shawn will continue to feature on WWE television, with his primary duties being down in NXT where he’s been helping to train the next generation of WWE superstars.

Natalya will continue to play a prominent role on WWE television, with her association with Ronda Rousey leaving many to wonder whether or not the two best friends will one day meet in the ring for a match.