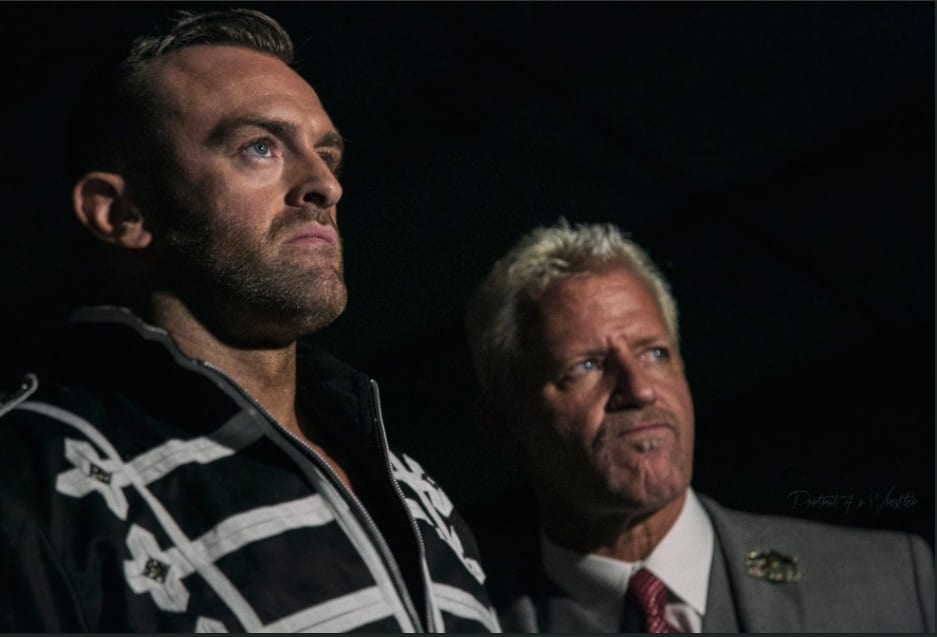 There were several cool cameos during All In from Road Warrior Animal to Chris Jericho. But some people might have missed Jeff Jarrett as he led Nick Aldis to the ring before his match with Cody Rhodes. Jarrett appears as often as he can nowadays, no matter if they’re WWE events or not.

Mike Johnson addressed the idea of him having heat with WWE during PW Insider Elite audio where he explained why Double J was at All In.

“Jeff Jarrett is not under contract with WWE. I have not heard that he has any heat because he was there.”

“But Jeff works with Fite. Global Force Wrestling still exists as an entity but he’s partnered with the Fite App. Fite that carried All In, they carried Starrcast this past weekend.”

“One of the things that he is doing is working with local promotions to bring their events to the Fite App. That’s how the NWA Anniversary show on the 20th ended up on the Fite App, things of that nature. So Jeff was involved because he was there as a representative of the Fite App and it made sense because he was a former NWA Champion to have him come out and have a cameo with Nick Aldis.”

Jarrett appeared at TripleMania, All In, and a few other events recently showing that his career is still going strong as he puts in the work. He is a WWE Hall Of Famer but isn’t bound to WWE. So it makes his career much easier to pull off.