Ryder informs that he had a great upbringing with very supportive parents and terrific brothers. He and his brothers actually had a trampoline wrestling league in their back yard, unbeknownst to their parents. He points out that wrestling became somewhat of an addiction for him in high school, and he’d often attend wrestling events in the front row by himself in order to get the collectible PPV chairs. 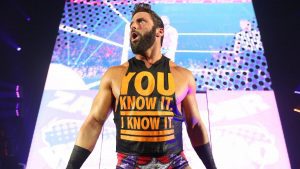 Growing up he was highly motivated by Hulk Hogan and Shawn Michaels, but as he got older he began to cheer for performers such as Edge, Christian and Chris Jericho. He points out that it was surreal for him to work with those guys in WWE years later, and he has actually become good friends with them now.