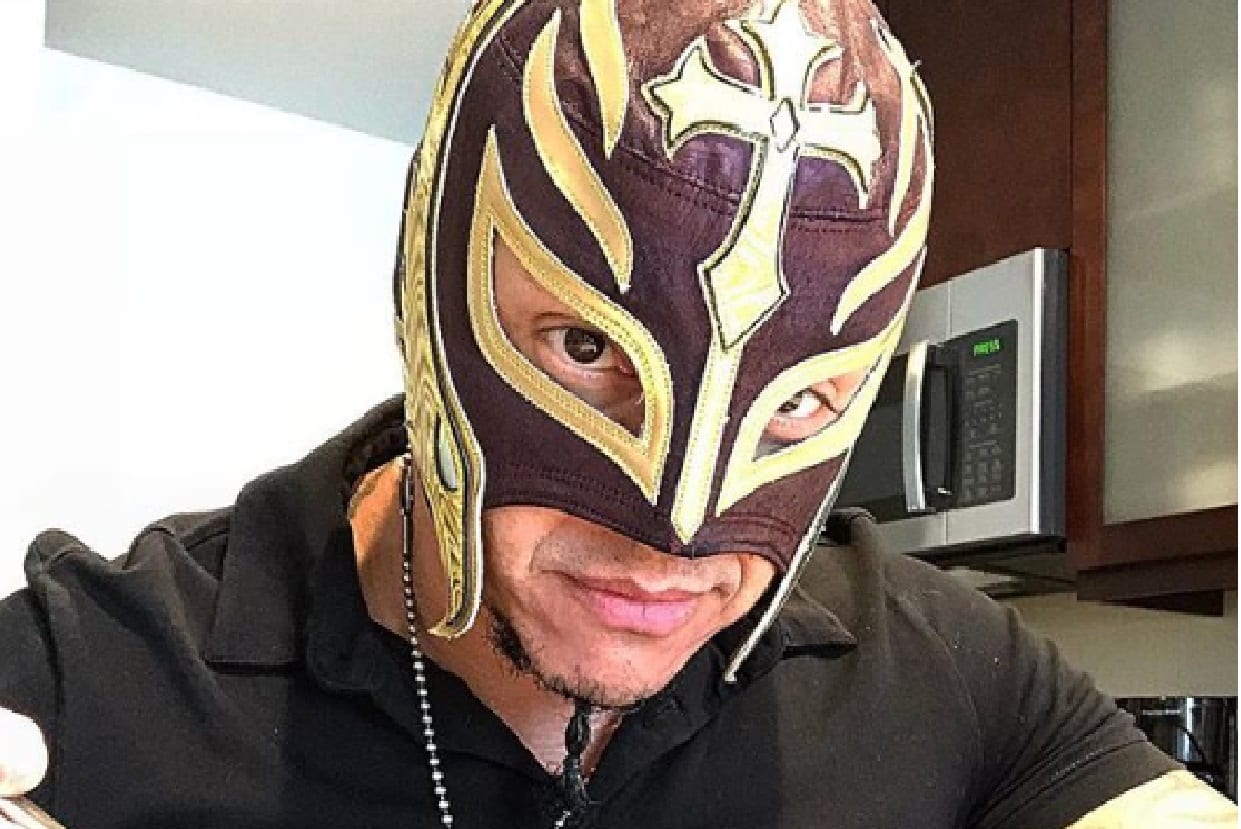 Rey Mysterio is going to be part of the All In main event match tagging with Fenix and Bandito against The Young Bucks and Kota Ibushi. This will be a great match no doubt about it. But at least Mysterio isn’t working a singles match which would leave him even more open to possible injury.

Dave Meltzer said on Wrestling Observer Radio that WWE didn’t want Rey Mysterio working All In, even though that’s happening. He has a couple dates left and then it looks like he’s Vince McMahon’s exclusive property again.

“So then he starts with WWE if that happens which I think is pretty much a lock at this point whenever they decide it’s time for him to come.”

So it looks like Rey Mysterio will be working a couple more matches where he’ll hopefully be protected and then WWE will let him sit at home and rest up to prepare for whatever they have in store for him.