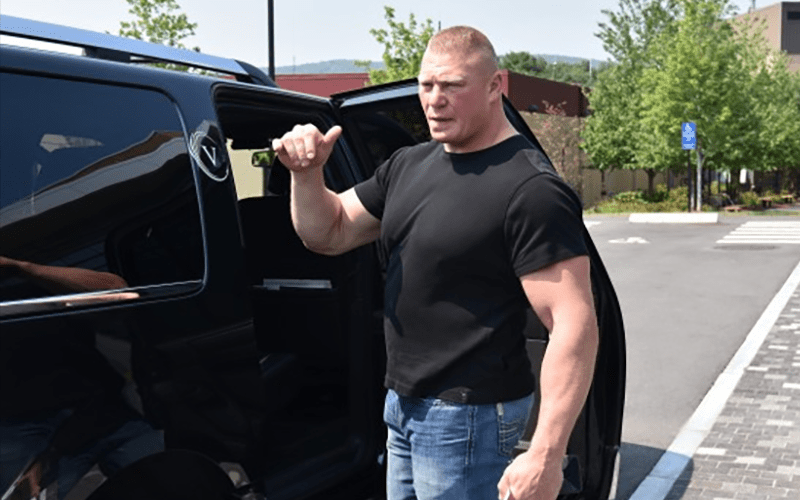 “The Beast Incarnate” earned himself credit for years to come when he defeated The Undertaker at WrestleMania 30. In the lead-up to that match, former WWE Universal Champion Brock Lesnar’s advocate Paul Heyman used the mantra “Eat, Sleep, Conquer, Repeat” and a variety of similar phrases to reinforce the brute strength Lesnar has.

Despite it being years since Heyman uttered this mantra, he hasn’t forgotten who created it. The NFL’s Tampa Bay Buccaneers have been “borrowing” the term to use for their team, and Heyman isn’t happy about it.

Heyman calls out the Buccaneers for purposely and blatantly stealing the catchphrase without consent. While we are unsure as to whether Heyman is actually mad or just trying to maintain a distinct presence on social media while Lesnar’s future with WWE is uncertain, the advocate does request that the Buccaneers provide him and Lesnar with royalties.

It's nice to know that almost 5 years since I said #EatSleepConquerRepeat as the mantra for @BrockLesnar on @WWE #RAW, major companies and teams like the @Buccaneers are still "borrowing" (blatantly stealing) the catchphrase. Send us our royalties, please! https://t.co/99LhF2SvBh

What is interesting here is that Heyman himself reportedly got the mantra from a song created by Fatboy Slim which was called “Eat, Sleep, Rave, Repeat.”

Do you believe Heyman is right to comment on that? Do you think he is saying this in character? Let us know in the comments down below.